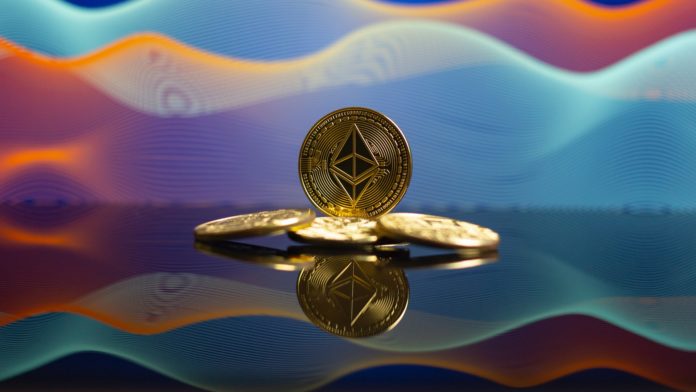 The Merge is perhaps the most significant event in the crypto industry this year. The software upgrade was activated at the agreed upon Total Terminal Difficulty (TTD) on Ethereum’s proof-of-work chain at 6:44 AM UTC today. The TTD is the difficulty required to mine the final block before transitioning to PoS. It marks the end of PoW and the beginning of PoS. It is believed that Ethereum’s revamp will make it vastly more energy efficient and over time pave the way for it to scale up and become quicker.

Happy merge all. This is a big moment for the Ethereum ecosystem. Everyone who helped make the merge happen should feel very proud today.

Vitalik Buterin took to Twitter to congratulate anyone who helped to make the Merge happen “should feel very proud,” adding that it is a big moment for the entire ecosystem. He wrote,

“And we finalized! Happy merge all. This is a big moment for the Ethereum ecosystem. Everyone who helped make the merge happen should feel very proud today.”

Over 41,000 people tuned in on YouTube to an “Ethereum Mainnet Merge Viewing Party,” watching in a state of eager desire as the order of things inched in suggesting that validators of Ethereum’s new proof-of-stake network were behaving as expected and writing new transactions to the blockchain’s ledger. Tim Beiko, one of the leading Ethereum developers, tweeted,

Benefits of the Merge

Some of the most noteworthy benefits include, that it will make it easier for developers to build dapps that are compatible with one another. This could pave the way for new decentralized ecosystems in the future. With the Ethereum merge, dapps will be easier to access and use. Developers will also be able to create more robust dapps, thanks to their increased functionality.

Experts believe the merge will lead to more ecosystem growth because of the historical significance of Ethereum. As such, instead of using smaller blockchains like Cronos, developers will have an incentive to use a legacy brand like Ethereum.

As per data, the Merge will reduce Ethereum’s energy consumption by more than 99%. This means that Ethereum is now Environmental, Social, and Governance (ESG) compliant, which has been a regulatory concern dissuading businesses from participating in sectors such as DeFi and NFTs.

A Welcome News for Investors

Vladimir Gorbunov, CEO and founder of the MetaFi ecosystem Choise.com, said If the number of investors increases, the supply of ether should go down. As the supply of ether decreases, the value of individual coins could increase, which would be welcome news for investors. The merge isn’t expected to make the network faster or lower transaction costs immediately, but, investors may see benefits down the road. Greg King, founder, and CEO of Osprey Funds added,

“While no outcome is certain, the merge could be bullish for crypto investors in the long run due to the groundwork it lays for future upgrades to speed, fee,s and ecosystem development.”

According to Stefan Rust, chief executive of blockchain development house Laguna Labs, the medium and longer-term Ether outlook is brighter. In a note, he said Ether could top $3,000 by the end of this year and possibly achieve the so-called “flippening” in time, referring to the idea that its market value might overtake Bitcoin’s.

All That Glitters is Not Gold

While the Ethereum merge will undoubtedly bring plenty of benefits to the network, it could also pose a few drawbacks. Some developers believe that the merge will not improve Ethereum’s scalability. Steven Walbroehl, CTO of crypto security firm Halborn pointed out that the biggest misconception about the Merge is that it will lower gas fees. He continued to add,

“It is a change of consensus mechanism, not an expansion of network capacity that would result in lower gas fees.”

Walbroehl also revealed that the Merge is unlikely to have a big impact on layer2, or base blockchains as such blockchains “exist to make up for limitations” on the core Ethereum network, layer 2 solutions like Arbitrum and Optimism provide speed and savings in gas cost and will “still be used.”

The merge aims to make it easier for dapps to scale. However, some analysts have claimed that if the number of dapps using the Ethereum Blockchain increases, the transaction costs could also increase. If a dapp is using a large amount of the network’s computing power, it will also increase the cost of transactions.

What doe the Merge Mean for Miners?

The Ethereum software upgrade could lead to a hard fork as some miners might continue on the proof-of-work blockchain as it eliminates Ethereum mining, leaving miners without a source of income.

Question 1: What happens during the merge? If Choice 2 or 3 go to Questions 2-5.

“Crypto miners could revolt over the new software upgrade and continue to mine the old proof-of-work-backed Ethereum after the hard fork chain split. There are chances of a split and the creation of two Blockchains, but we believe that it will be minimal, as we already have an Ethereum Blockchain (Ethereum Classic) on the proof-of-work consensus mechanism.”