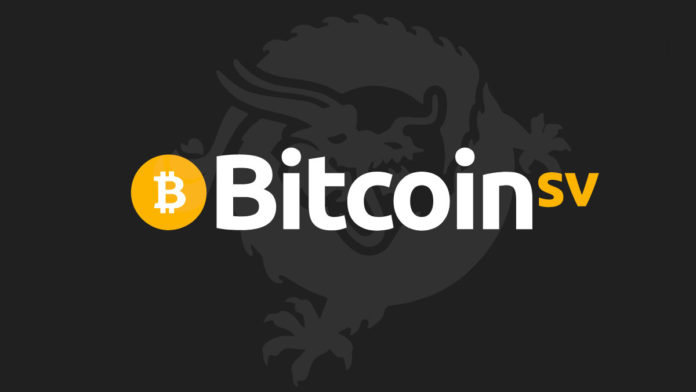 The bitcoin community has experienced multiple fractures in the past decade. Many contributors believed in the need for a change in the protocol and suggested to create a new network which uses the ticker symbol BTC.

These arguments resulted in hard forks in the bitcoin blockchain. Bitcoin Cash is one of the most popular hard forks that broke off the original Bitcoin blockchain to create their own protocol that uses the ticker symbol BCH and promises fast transactions with fewer fees.

Bitcoin SV (Satoshi Vision) is the original Bitcoin protocol that acquired the new ticker symbol of BSV in November 2018.

Some of the developers in the Bitcoin Cash community decided to provide faster transaction experiences to users.

It can be achieved by increasing the size of the blocks in the blockchain. While Bitcoin Cash has successfully increased the block size from 1MB to 32 MB, Bitcoin SV is looking for bigger blocks by promoting 128MB blocks.

As the name suggests, Bitcoin SV tries to be loyal to the original visions of Satoshi Nakamoto for Bitcoin. The creator (or creators) of the first cryptocurrency wanted to offer a P2P electronic cash system.

Bitcoin SV believes this vision can be achieved by providing faster transactions to customers and keeping the transaction fees low.

When it comes to deciding a new technology, businesses and developers need stability more than anything. They want a reliable base to make their products on that.

Bitcoin SV offers a more reliable fundamental platform for businesses. It focuses on Bitcoin whitepaper’s initial concepts and provides revolutionary features to companies and developers, like the option to build smart contracts on the blockchain.

Bitcoin SV looks for a global market for the cryptocurrency to act as an every-day payment method. It requires the blockchain to be scalable in the worldwide ecosystem.

Bitcoin SV has a testnet named SV Gigablock Testnet (SV-GBTN) that focuses on testing bottlenecks of global scaling and helps developers find solutions. The process makes it more rational for enterprises to develop their products on this blockchain.

Any blockchain project should be committed to high-level security to offer financial services on a global scale. Bitcoin SV aims to achieve this security level in three phases: cooperating with experts from security-sensitive industries to scan the quality control processes in Bitcoin SV, partnering with a leading blockchain security firm to audit the processes, and running bug bounty programs.

Bitcoin SV aims to offer the fastest transaction experience for users. It will lead to attracting many more traditional market sections, too. Safe instant transactions are vital parts of the Bitcoin SV roadmap.

Differences Between Bitcoin SV And Bitcoin

The most significant difference between Bitcoin SV and Bitcoin is the block size of the blockchain. Bitcoin has 1MB blocks, while Bitcoin SV offers 128 MB blocks.

Bitcoin SV promises not only a payment and transaction management protocol nut also a reliable platform to make products on the blockchain. It offers faster transactions that are very appealing for regular users.

As more developers and enterprises decide to offer dApps on the Bitcoin SV platform, it can achieve a vast user-base and move forward to the final goal of becoming the world’s money.