What Is an NFF Membership Pass? 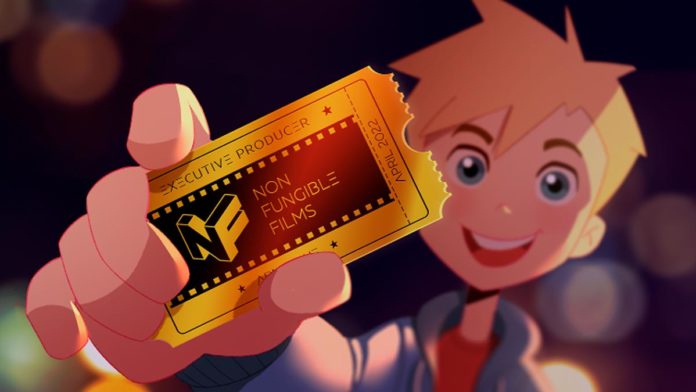 One of the most exciting things about the advancements in technology is the level of communication and connection that it has made available. Almost every aspect of life has been impacted by the fact that communication and connection happen on an unprecedented level. One of the more recent developments has been the rise and popularity of NFTs which skyrocketed in popularity through the beginning of 2022.

NFF, Non Fungible Films, is part of this new wave of communication, commerce, and technology. It’s a groundbreaking movement to pioneer some of the most loved media forms into Web3. Acting as a multimedia platform, NFF will bridge the gap between television, cinema, gaming, and the new world of Web3 and the blockchain.

This new kind of content creation will embrace all of the core principles of Web3. NFF will have decentralized ownership, participation voting, unlimited content creation, and promote real artist and creator empowerment. This and more will all be available through the Non Fungible Films Membership Pass. If you are curious about what a Non-fungible film pass is and why you should have one, here is everything you need to know.

How To Understand the Multi-Metaverse

If you have been tracking the world cryptocurrency and the blockchain for a while now, then you are familiar with what a concept like the multi-metaverse is. This is a place where multiple forms of media could exist digitally in the new age of Web3 development. If you aren’t as familiar, then here is some background to get you caught up to speed.

It’s probably not too surprising that a large number of people actually may not be aware of the development of the blockchain and its implication for daily life. This is not to be unexpected as the current age of the internet is going strong, with mainstream culture still wildly being anchored in it.

One of the reasons that cryptocurrencies and NFTs have been getting so much limelight over the last year has been the uptick in pop figure celebrities that have recently endorsed them. Whether it’s NFL commercials where huge name celebrities are endorsing cryptocurrencies, or Justin Beiber buying a BAYC NFT, this world is slowly becoming more than just a buzzword. That being said, what exactly are NFTs, cryptocurrencies, and the blockchain, and why should you care about them?

To understand all of the above, let’s start with what Web3 is. The internet as it is currently known is ubiquitous in most of modern life. With everyday life and commerce so seamlessly integrated into the internet, it can seem like it’s impossible to find some aspect of modern society that isn’t influenced at all by it. What is known as ‘the internet’ is actually something called Web 2.0, a term to describe how information is shared.

This current system of content creating, sharing and generalized internet activity happens thanks to individual servers that act like massive pools of information. This has been a good system and has served its purposes, however, it has also allowed for strong monopolies. Huge tech organizations can essentially own entire monopolies of the internet due to the fact that they own servers.

Web3 uses a technology known as the blockchain, that is decentralized onto computer hardware all over the planet. This makes this kind of information impossible to monopolize, and it lends power to the participant. This new kind of connection also has its own currency known as Cryptocurrencies which can be thought of as the gas that makes the machine run.

NFTs stand for non-fungible tokens and are a form of minting inside Web3 that makes digital real estate scarce and valuable. NFTs are a method of creating culture and value inside this new world, by allowing artists to create digital pieces of property, mint them, and assign value.

The NFF Membership pass is an exciting way to get on the ground floor of multi-media emergence in Web3. What this means is that you get a chance to be one of the first people to explore the possibilities of bringing mediums like television, cinema, and gaming shifted into the blockchain.

How does this happen? This happens by empowering artists with the tools and the platform to create the media that we need. Web3 is the way of the future with more and more businesses, and even governments endorsing cryptocurrencies and this new way of decentralizing data. One of the most important aspects of society that will have to make its way over is that of media, entertainment, and the arts.

Not only do you have access to some of the first ever multi-metaverse products, but you also hold exclusive rights, being able to vote on projects and have a say in studio development. The NFF membership pass gives you exclusive access to this pioneering movement that you don’t want to miss out on.