Home CryptoNews Companies Wells Fargo Plans to Develop a US dollar-linked Stablecoin That will Run...
CryptoNewsCompaniesFeatured 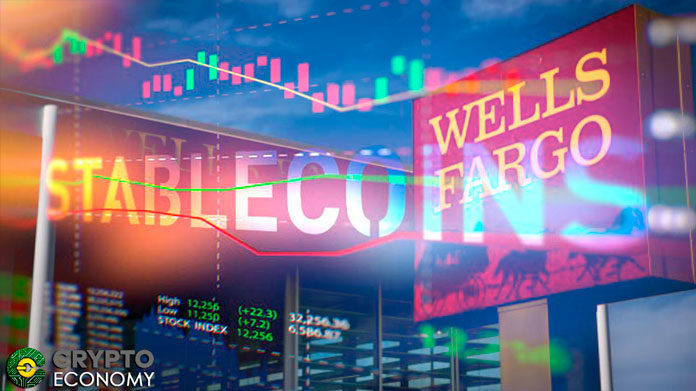 Wells Fargo’S developed digital cash will allow it to complete internal book transfers of cross-border payments within its global network using digitized cash. Its international locations will also be able to move funds between each other using the token. The internal distributed ledger technology (DLT) platform of the company will be a reusable utility that will allow Wells Fargo to build and deploy multiple DLT-based applications.

According to the press release, Wells Fargo’s DLT platform will help the company to make real-time money transfers without impact to the underlying account, transaction postings or reconcilement infrastructure with international transactions and it’s international locations will also be able to make the transaction without the need of the third party so reducing time and costs of transactions.

Lisa Frazier, head of the Innovation Group at Wells Fargo, talking about the DLT platform of the company, said:

As a result of the increasing digitization of banking services globally, we see a growing demand to further reduce friction regarding traditional borders, and today’s technology puts us in a strong position to do that. We believe DLT holds promise for a variety of use cases, and we’re energized to take this significant step in applying the technology to banking in material and scalable way. Wells Fargo Digital Cash has the potential to enable Wells Fargo to remove barriers to real-time financial interactions across multiple accounts in multiple marketplaces around the world.

Wells Fargo Digital Cash runs on a proprietary internal DLT network that is not connected to any other digital cash solutions emerging in the financial services market today.

Wells Fargo and Company, founded in 1852, is a diversified community-based financial services company with $1.9 trillion in assets. It provides its customers with a bunch of financial and banking services through 7,600 locations and more than 13,000 ATMs. The company was ranked No. 29 on Fortune’s 2019 rankings of America’s largest corporations.

0
Ethereum's second-layers solution Polygon is on a partnership spree. The latest one to team up with the scaling protocol is the leading fiat-to-crypto and...
Read more
CryptoCurrency News