We Know Bitcoin, What is All the Fuss About Altcoins? 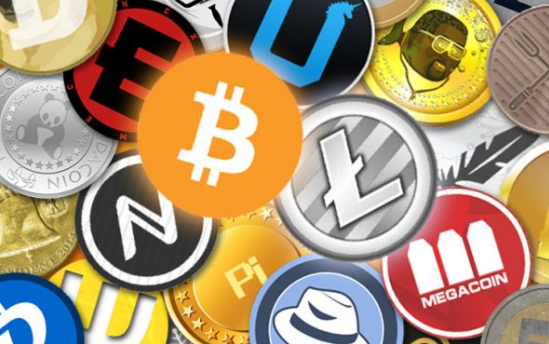 Many people have heard about Bitcoin, it is practically impossible not to have heard about an asset that delivered more than 1500% gains in 2017. In fact, Bitcoin has delivered almost 3000% gains in the last three years. However, what many people may not quite understand is that Bitcoin didn’t spring out of a vacuum. Bitcoin is a cryptocurrency and cryptocurrencies are one of the many applications of blockchain technology.

Nonetheless, Bitcoin is still making headlines as it continues to drive conversations around the need for decentralized money that is free of government control. There’s also an unending argument on whether Bitcoin is money or an asset – yet, the fact that its value rises and falls in relation to demand and supply suggests that there’s an opportunity to profit from its price difference.

Altcoins is coined out of the words “alternatives to Bitcoin” and they emerged out of the insatiable human need to make constant and never-ending improvements to products, services, and systems. Altcoins generally try to fix some of the limitations/shortcomings of Bitcoin: for instance, Monero is a more anonymous version of Bitcoin, Ripple is a cheaper means of moving money across borders and Bitcoin cash seeks to keep to original idea ideals of Satoshi Nakamoto for Bitcoin.

It is somewhat hard to predict how a bullish run in Bitcoin could influence the general altcoin market. However, it is important to note that many people who want to buy altcoins usually start off by buying Bitcoin since there’s practically no market for buying altcoins directly with fiat currencies. Likewise, investors who want to liquidate their altcoin positions often need to liquidate to BTC first before they can convert it to fiat. Hence, the altcoin market is massively dependent on the performance of Bitcoin.

However, when Bitcoin is in a bullish uptrend, it could potentially weaken the demand for altcoins as investors choose to put their funds in the brand recognition of Bitcoin. Hence, a rallying Bitcoin could cause the price of other altcoins to fall. Interestingly, a Bitcoin rally could trigger a commensurate rally in altcoins especially when the cryptocurrency industry is witnessing a new wave of market adoption.

Conversely, when Bitcoin is suffering a decline, the general altcoin industry could stagnate as altcoin investors choose to stay on the sidelines in the hopes of getting direction from Bitcoin. In fact, when Bitcoin sneezes, the general altcoin market could catch a serious cold, because a seemingly minor decline in the price of Bitcoin can be amplified into exponential losses in the prices of altcoins.