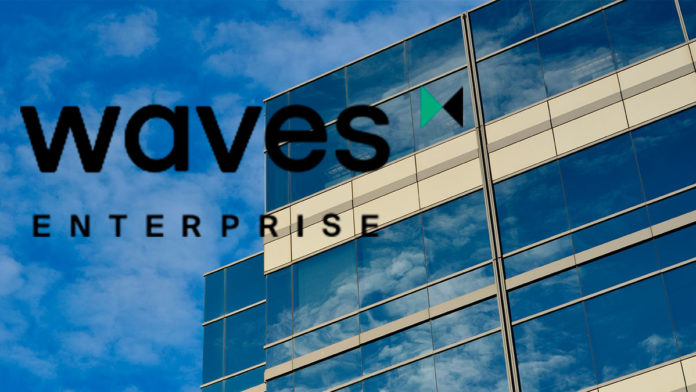 Waves Enterprise is releasing a major network upgrade. Version 1.0 will see a number of significant improvements and updates to the platform, which is designed specifically for use by enterprises and the public sector.

The platform was launched earlier this year to address the unique needs of enterprise blockchain adoption, and features a high-performance network, private and hybrid blockchains, multiple encryption modules, and containerized smart contracts written in any popular programming language.

The VST token, which operates as the system token for the network, was recently renamed WEST: Waves Enterprise System Token. The total supply of WEST has now been reduced from 1 billion to 400 million, without the need for any further changes to the protocol.

We have implemented authorization services into the system to achieve enterprise level security under oAuth 2.0 specification. New features include:

All of this functionality can also be integrated with other Waves Enterprise services.

We will soon publish an article about performance testing, including a description of our testing methodology. At present we are trying to place 600,000 records per hour into a contract.

In the case that the load on the network exceeds the maximum allowed, the blockchain retains consistency. We have removed the restrictions on blocks that we inherited from the parent network (Waves Platform). We have conducted tests at maximum load and confirmed stable operation for a period of several weeks on a geographically distributed cluster spanning 13,000 kilometers.

Nodes with the following characteristics operate stably: 2 cores, 8 GB RAM. The network creates a block of 2 MB every 12 seconds, with up to 10,000 transactions per block and microblocks every 500 milliseconds. The bandwidth of the Waves Enterprise blockchain network is 8 Mbit/s, which is 1 MB/s. The blockchain is like a data bus. Bandwidth can be expanded up to 2 MB/s, like Cosmos.

Added interface to work with API and updated SWAGGER, with documentation

In the next release we will implement additional features in the client interface:

All of this sets Waves Enterprise apart from its competitors, offering the unique functionality that our research shows is in demand by corporate and public sector clients.