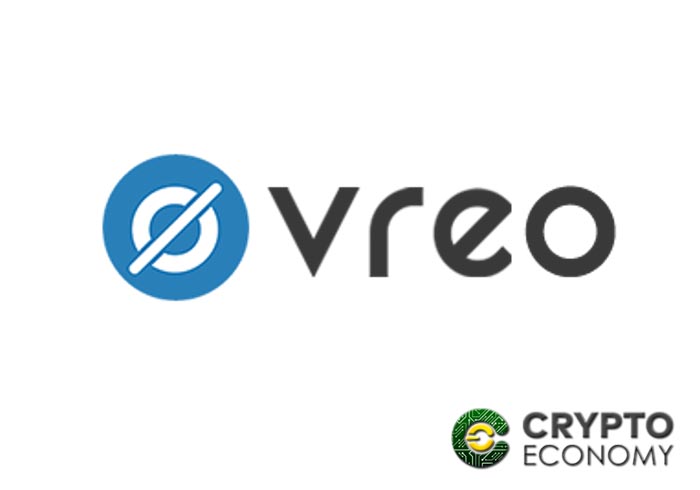 Although digital advertising exceeded the volume of television advertising in 2016 and games have become the largest entertainment market, there are still many problems that affect the industries, which Vreo wants to end. 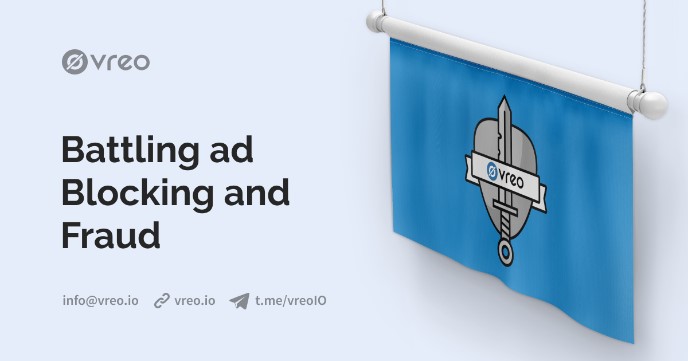 For example, much of the advertising budget is lost due to fraud, repetitive content or ad blocking.

Another big problem is the unfair distribution of advertising revenue since intermediaries take a large percentage of the revenue that should feed the entire industry: gamers and game developers. 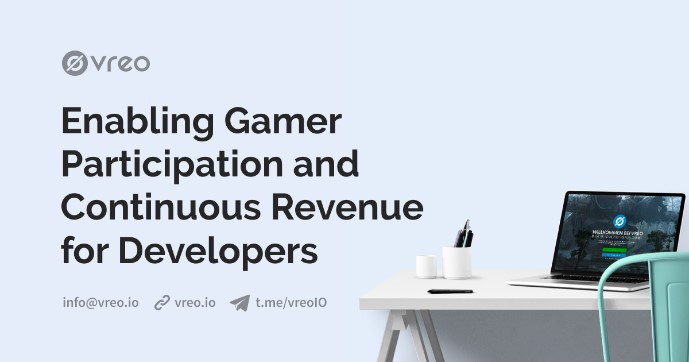 The attention of players is worth a lot of money for brands and advertisers. Advertising in games is on the rise but currently it consists mainly of ad formats that pop-up into the screens.

Vreo provides an advertising solution for players that is integrated as part of the environment, does not interrupt the gaming experience and also gives economic value to the players themselves.

On the platform they can identify and reward players while they play and through their tokens they can also grant voting rights on upcoming features for players, allowing players to configure the future of the game. 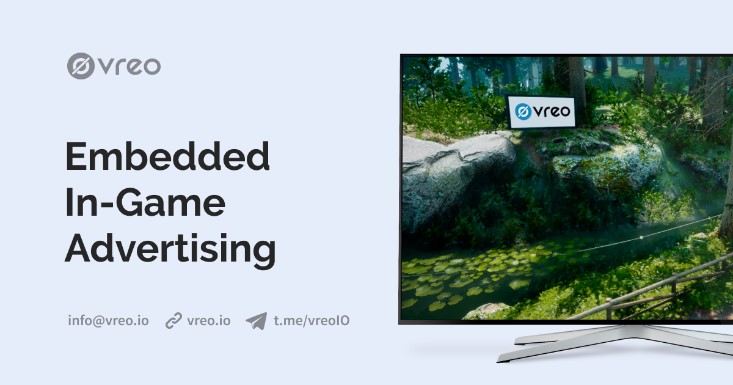 Vreo offers several services: For developers, they offer a plug-in that allows the placement of digital billboards and advertising surfaces within the software.

This allows the placement of ads dynamically and natively embedded inside the software (no pop-ups, therefore no pop-up blockers) and informs all the user’s interaction with the ad.

These add-ons and their algorithms are used to transmit and exchange ads, as well as to evaluate the exact number (and quality) of views and other user-specific data.

Unlike other developments, Vreo solutions are not tied to specific hardware devices but can be used on all platforms that use blockchain technology.

They also offer their users a market where players, game developers and advertisers can get in touch. 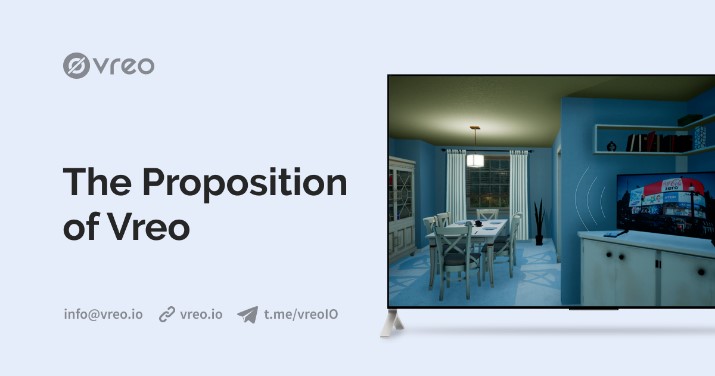 Most games have a lot of untapped potentials: while a lot of advertising in the game is happening on the go, today’s advertising that disrupts the user’s gaming experience is static.

With Vreo add-ons, a solution is offered to embed advertisements into the game environment, for example, on the edge of the road, on walls of houses or on billboards and TVs, without interrupting the gaming experience.

On PC and console, there is no advertising present in games since there was no technology available to do it on a larger scale, a problem that Vreo solves.

Currently, players have no way to participate except by getting rewards in the game, if any, and they are presented with repetitive ads that do not fit the user. Customer retention models are increasing, but still do not provide any real or monetary benefit to users.

The use of blockchain technology 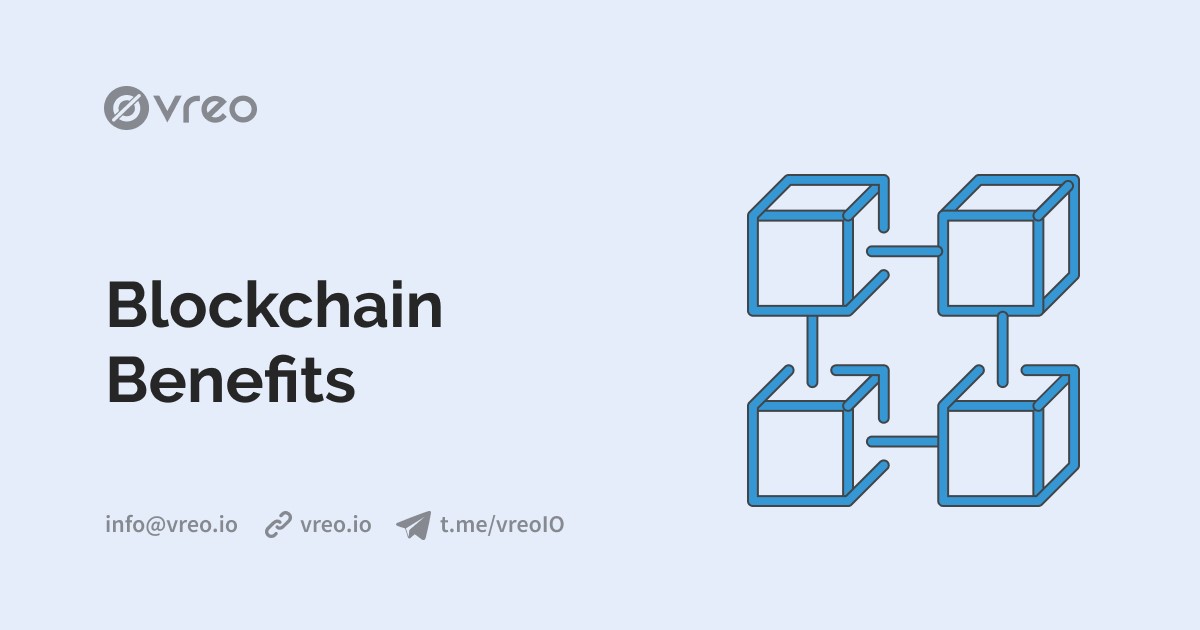 There are many problems that concern developers and advertisers, for example, transparency and security. Blockchain technology can solve these problems for both games and advertising.

All the ad data is collected and written in a blockchain, where, due to its decentralized nature, it can not be manipulated, therefore providing great confidence for all involved.

Combining this with players profiles, which are based on a self-determined control, the fraudulent content is minimized substantially because each ad display is verified and justifiable.

By using tokenization and encouraging the use of their tokens, not only transparency and trust are granted, but also voting rights for players to get involved in the whole process of the game creation.

The developers can thus receive comments from the community regarding the characteristics and design inquiries.

Vreo firmly believes that blockchain technology will be a great solution for advertising and games in general, so their solutions are always scalable, as they plan to adapt other forms of advertising to their billing and data routine. 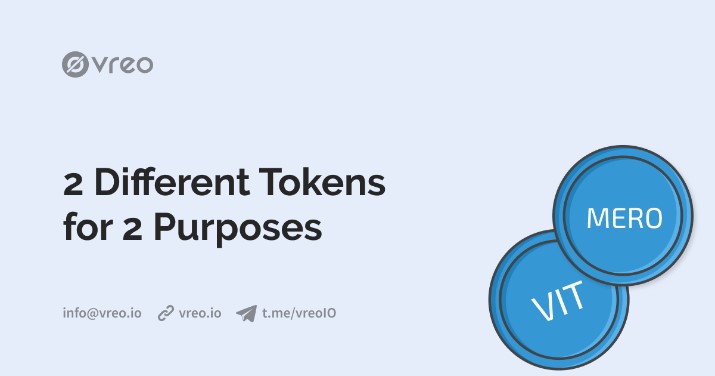 The Vreo network will use a structure of two tokens, enabling a scoring storage mechanism (through ViewToken or VIT) and a volatile utility token that grants access to the network, voting rights and additional utilities such as the elimination of transaction tariffs (MeritCoin or MERO).

Vreo began working on solutions to improve the gaming and virtual reality industry’s experience in 2016. The team is made up of professionals and entrepreneurs of all ages, with industry veterans in public relations, marketing, sales, and coding.

They have a great experience in the creation of companies from scratch and the establishment of new business models. In addition to its core team, they have a large network of developers and contacts throughout the world, some of which form their advisory council.

For each step they take and each industry they are in contact with, they have a well-recognized team member or adviser in their field, both for the ICO and afterwards.

The Future of Vreo

The private sale of MeritCoins is currently underway. The Vreo team has attended and attends conferences, meetings and fairs around the world.

For more information about their project and roadmap, visit their website https://ico.vreo.io/ or join their community on telegram https://t.me/vreoio