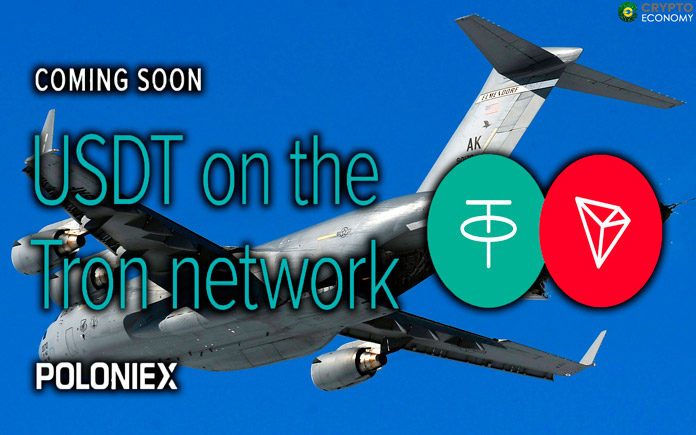 According to this tweet, in week one, airdrops distributed as:

Poloniex Exchange has passed 100% of the funds to its customers which they received from the Tron Foundation. This distribution was made based on the amount Tether the customers hold on Poloniex. To calculate the amount of distribution, four snapshots of each customer’s USDT balance were taken daily.

Until August 15, 2019, when this airdrop will complete, four daily USDT snapshots and one-time daily distribution will be made.

USDT is a cryptocurrency that is compatible with the Ethereum, Tron, and Omni and it was issued by Tether. Tron and Tether announced a collaboration in April 2019 and now, to promote the conversion of USDT to TRC20, Tron is airdropping approximately 30 million USD to the early holder of this campaign. 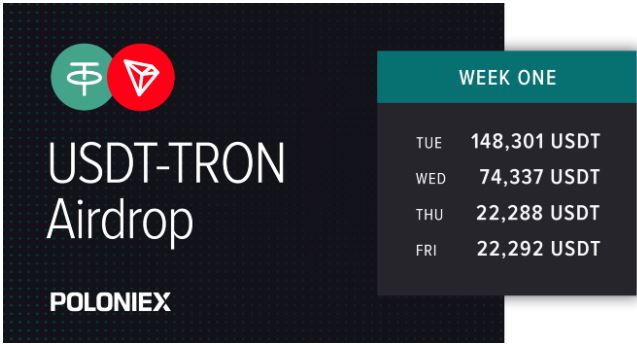 According to the rules given by Poloniex, airdrop began on July 14 and will end on 15 August. The accounts of customers will be credited based on the amount of USDT held in the Poloniex account. Then snapshot of every account will be taken every 6 hours and the exchange will make calculations for each account, compared to the total USDTs held by the users on Poloniex. The sum of 4 calculations will be airdropped into the account of that individual once a day. The account will be credited within 12 hours of Poloniex being credited from the Tron Foundation.

The calculation will be made as Tron APR schedule which is given as:

0
Tron ecosystem heads for decentralization as the foundation announces dissolving by July 25, 2022. The crypto wunderkind and founder of the Tron cryptocurrency...
Read more
Companies

0
A New York has dismissed many of the allegations made by the plaintiff against USDT stablecoin issuer Tether and crypto exchange Bitfinex in a class-action lawsuit that alleged both companies of market manipulation.
Read more
Cardano News

0
Cardano clawed back to the lost ground of $2 after splendid price action and a surge of 15.30% as the collective crypto market...
Read more
- Advertisment -
Posting....