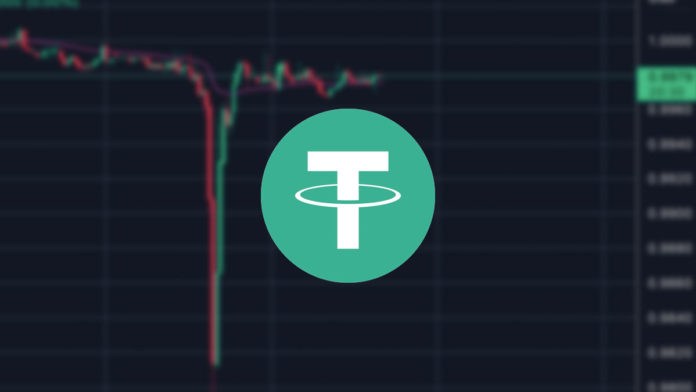 The stablecoin Tether (USDT) traded below $0.993 early Thursday morning, down 0.6% from its original peg of $1 as traders weighed the possible impact of contagion risks coming from crypto exchanges FTX and Alameda Research.

What is Happening in the Market?

There is usually a price range of $0.999 to $1.00 for USDT. Taking a look at the data from CoinMarketCap, it appears that the stablecoin traded in the $0.98 area on Thursday. It was during May’s implosion of Terra and its associated stablecoin UST that USDT reached such price levels.

It is possible that USDT prices may regulate from the $1 pegged level, but yesterday’s potential depegging comes at a time when liquidity issues at embattled crypto exchange FTX might be causing contagion risks in the market.

In the wake of this FTX-induced event this week, major crypto prices are not the only thing that has plummeted. Stablecoins have been hit by significant market volatility this week, causing many of them to temporarily peel off the dollar.

As a result of peg volatility this week, nearly all major stablecoins have experienced some degree of volatility. According to CoinMarketCap, at the time of writing USDT is trading at $0.99, below its peg.

In response to the current situation, Tether published a statement. It is claimed that the company has no association with FTX, and it offers information on how USDT is backed.

“Tether is proud to present this latest consolidated reserve report which once again amplifies its position as a leader in transparency.”

The company claims that Tether’s reserves are well diversified. Approximately 82% of the company’s total assets are held in cash and cash equivalents as well as other short-term deposits, according to the announcement.

It was also highlighted in the report that commercial papers have been massively reduced with exposure to commercial papers representing only 0.07% of the reserves at the time the report was written. Tether has reduced its commercial paper exposure by more than US$24 billion without incurring any losses during the course of 2022, fulfilling both its promise and its commitment to the community.

Some crypto users who use Tether as a stablecoin may be concerned about the recent depegging of Tether since they use this stablecoin to hold their money or make trading transactions. Although the recovery shows we are still holding on to the position firmly and it is not likely that a big crisis will occur in the near future.