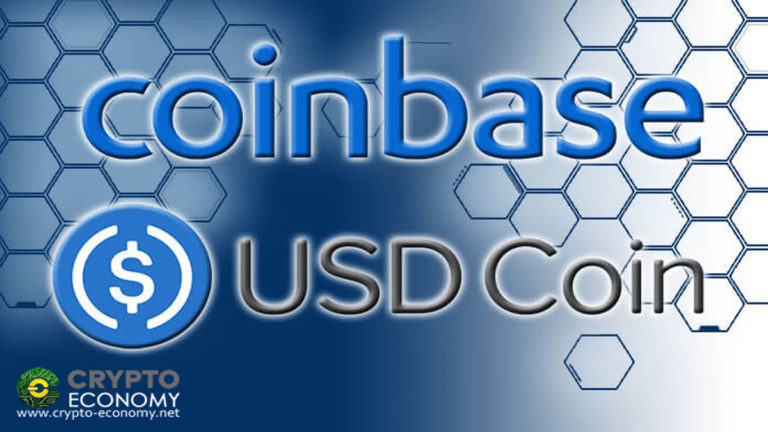 Celebrating the milestone, Coinbase has issued a “Request for Startups” to join it to fulfill its mission of creating an open financial system with greater access and inclusion for all.

USDC has achieved this milestone in just 23 months after it was initially launched in late 2018. As reported, the coin’s market cap surpassed $1 million on July 2, 2020. Now after 2 months, USDC is standing at the $2 billion milestone. According to CoinMarketCap, USDC is now ranked at number 14 with a market cap of $2.07 billion.

According to Centre Consortium, the recent DeFi bubble and COVID-19 pandemic led to increased demand for stablecoins. This increased demand is the main driving force behind this staggering growth of USDC.

In a publication, Josh Hawkins, SVP of Global Corporate Communications at Circle, giving the reason for USDC growth, wrote:

“Crypto trading, which helped bootstrap early growth of stablecoins, now relies on digital dollars as a critical piece of market infrastructure, spanning an incredibly diverse set of trading and hedging use cases. And, this is not to mention the white-hot DeFi/CeFi lending and credit markets, which have come to represent one of the strongest and fastest-growing sources of USDC demand on a global basis.”

But despite this rapid growth, USDC is still lagging far behind Tether (USDT), which is ranked at number 3 with a market cap surpassed $15 billion. In the last two months, while the USDC reached $2 billion from $1 billion, USDT went up from $10 billion to $15 billion. But given the age of two stablecoin, this is impressive growth for USDC. Tether (USDT) was launched in 2014 while USDC at the end of 2018.

Celebrating the moment, Coinbase has issued a “Request for Startups” to join the world’s leading crypto organization for the creation of an open financial system for the world.

In a blog post, Raj Jain, the head of stablecoin at Coinbase, said that Coinbase Ventures and the USDC Bootstrap Fund were excited to fund and work with promising startups and with developers building decentralized protocols that advance their mission.

According to Raj, Coinbase is excited to work with startups that are focused on banking the underbanked, wealth preservation, global payments, providing financial services for crypto companies, and building tools for crypto developers. But this is not limited to around this. Any project with positive potential for the industry will be welcomed.