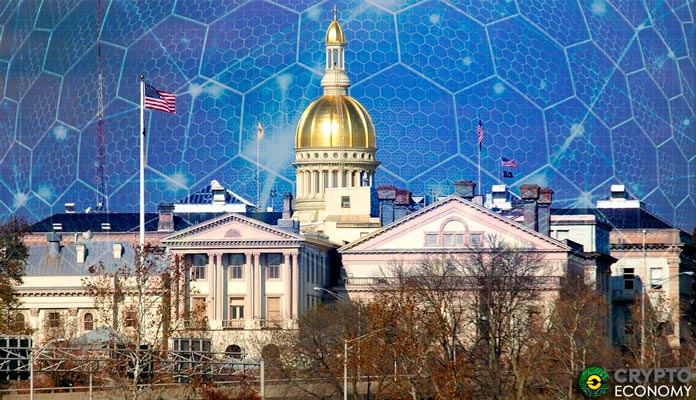 The local government of the US state of New Jersey has passed a bill that will allow for the establishment of a team focused on researching and reporting on the risks and benefits of adopting blockchain. The governor of New Jersey Phil Murphy signed bill S2297 into law this week after the bill was unanimously accented to in the state assembly with only one nay in the state Senate. The new task force will be dubbed the New Jersey Blockchain Initiative Task Force mandated by the law to study blockchain technology and present findings to the state government.

Murphy said in a statement on Thursday.

It will also require new and smart infrastructure that enables businesses and governments to work with greater speed and efficiency, as well as a collaborative way of thinking that includes government, higher education, and the private sector.

These two important bills go a long way toward accomplishing those goals.

Bill S2297 was introduced back in March 2018 sponsored by Senators James Beach and Tom Kean Jr. together with assembly members Valerie Vainieri Huttle and Andrew Zwicker. The new task force will be mandated to studying the risks and opportunities inherent with the adoption of blockchain in the state. The task force will analyze other states’ approaches to the new technology. It will also create recommendations for the state on how to modify current state laws and systems to support secure, paperless recordkeeping. A total of 14 members will be nominated to the taskforce. 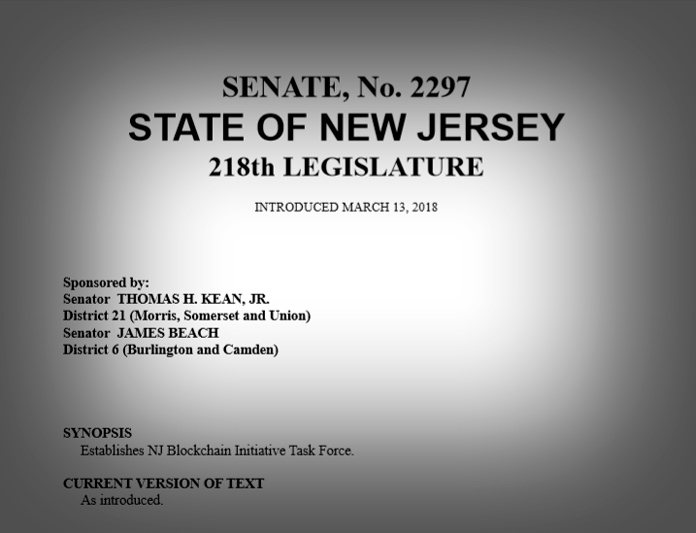 The new law will now require that the task force submit an initial report to the governor within 180 days that will advise on the “general description of the costs and benefits of State and local government agencies utilizing Blockchain technology; recommendations concerning the feasibility of implementing Blockchain technology and the best approach to finance the cost of implementation.”

In a statement, New Jersey’s CTO Chris Rein, who will be the head of the taskforce expressed his enthusiasm for the launch of the initiative.

I am excited to evaluate and help shape how our state government can best use, and optimize, blockchain technology. The promise it holds could support Governor Murphy’s priorities for efficient government and innovation.

Senator Beach also reaffirmed his belief in the good of blockchain saying that there is a “place for blockchain” to be used in local governments to protect against dangers lurking on the internet.