Home CryptoNews US Legislation on stablecoins might pass in 2022
CryptoNewsFeaturedRegulation 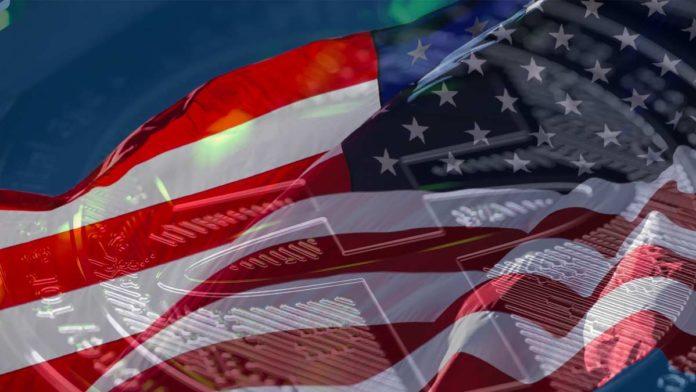 As one of the key areas of focus at this year’s Annual Fintech Policy Forum, which was hosted by the Electronic Transaction Associations (ETA) on September 22, stablecoins and a potential regulatory framework were among the topics discussed.

There was a need to provide a venue where executives and policymakers could discuss how technology innovations and public policies could be used together to benefit consumers, businesses, and the economy.

There is a possibility that they will find a way to come to a consensus on a stablecoin bill by the end of the year, according to US Representative Warren Davidson (R-Ohio), a speaker at the forum.

Due to the midterm elections in November, the House may not be able to accomplish this goal this year. Davidson said that the issue could be dealt with by the Republican-controlled House in 2023 if the House is unable to reach an agreement during this year’s legislative session.

As a member of the House Financial Services Committee, Davidson is one of crypto’s most staunch advocates within Congress, and he is considered to be one of its most vocal supporters. There has been some discussion among members of the committee on stablecoins as draft legislation has circulated from time to time, but Davidson is concerned that it gives too much discretion to the Federal Reserve and applies too broad a definition to stablecoins as a whole.

“A stablecoin, riding the rails of a dominant payments system or a mobile OS, I think that could create ubiquity very quickly. Stablecoins are very much being thought through, but certainly not just by the CFPB.”

There is no doubt that stablecoins represent an exciting opportunity when it comes to user adoption. However, the director of the CFPB must acknowledge that they also pose significant risks to the financial system, which requires the regulator to monitor them closely. The risks associated with these systems include the fact that they resemble money market funds and their impact on global financial stability should they be widely and quickly adopted for the payment process.

According to Chopra, the original reason for the regulators taking notice of payment coins was Facebook’s attempt to launch its Libra stablecoin.

Although stablecoins and cryptocurrencies, in general, pose a clear threat to the existing financial system, the director of the CFPB believes that Washington is neglecting other areas of fintech development that deserve the same attention from policymakers as digital assets because the current focus on crypto by Washington may be ignoring those other areas.

0
As per the latest tweet of the CTO of Tether, Paolo Ardoino, the stablecoin issuer has cut down its commercial paper holding. Tether’s commercial...
Read more
CryptoNews

0
There has been a call for the public to provide feedback to the US Department of the Treasury regarding the role that digital assets...
Read more
Companies

0
The renowned crypto lender, Celsius has asked for approval to sell off its stash of stablecoins in order to fund its operations. In the...
Read more
- Advertisment -
Posting....
We use cookies to ensure that we give you the best experience on our website. If you continue to use this site we will assume that you are happy with it.OkPrivacy policy