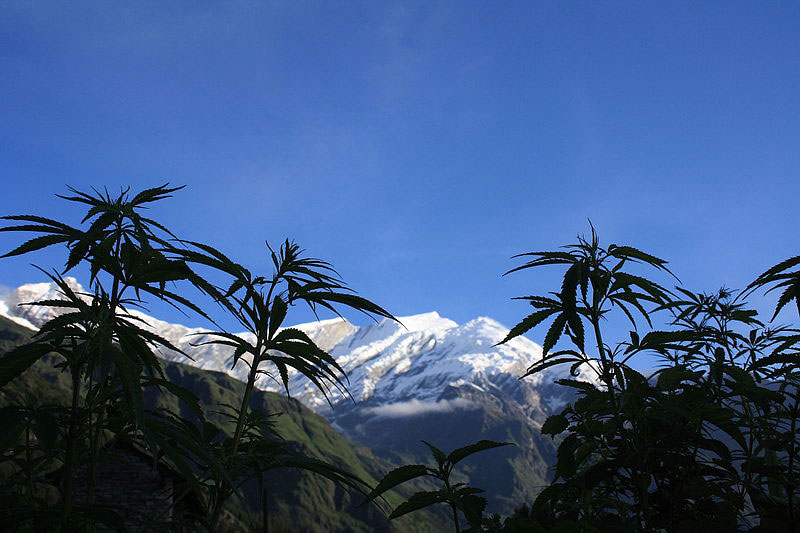 It is true that in crisis environments opportunities open up. But what about an opportunity that arises in a non-critical environment precisely? As it is known a few weeks ago was approved the consumption of Cannabis in some states of the United States. Let’s say your consumption is now legal. States such as California, Nevada, and Massachusetts legalized the recreational use of this legendary herb. But it would not have occurred to us that this would mean a possibility of unusual opportunities for bitcoin.

Opportunity speaks for itself.

This recent legalization of recreational use of cannabis has brought much controversy in what could be said, is a real division within the United States. Although each state is individually deciding whether or not to legalize cannabis use, and while the DEA maintains its position not to remove from the list of substances strictly prohibited to this substance, the fact is that the real numbers are already beginning to be projected.

Only in the state of California is it projected that cannabis plantations would outpace the vineyards by commercial productivity by the year 2020. And that’s enough to say.

The crisis and the opportunity.

While cannabis remains banned in the United States at the federal level, colliding with local realities that have been adopting legalization, it is also true that banks are regulated at the federal level, and therefore cannabis, the banks will not be able to facilitate financing or opening of bank accounts to companies related to this happy grass.

Everyone accepts and ships bitcoin. You do not need to ask anyone or mediate with anyone. Simply download a software and you have everything served. That’s the blockchain wonder.

Hence the crisis of obtaining financing is clear and the most viable solution that are contemplating many in this situation, is the use of bitcoin. Although this crisis is absurd in practice, the truth is that it constitutes a golden opportunity for cryptocurrencies as a solution for cannabis entrepreneurs, and therefore, for an industry that will grow.