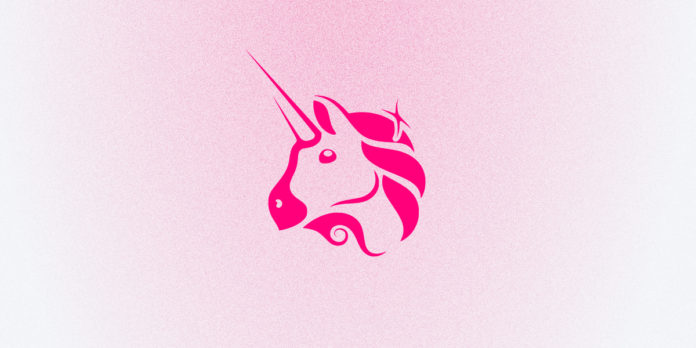 Uniswap has come a long way since it exploded with popularity during the DeFi craze of 2020. Its native token, UNI noted a weekly rise of 40% in the latest bullish swing to surpass several assets in the leaderboard.

With this, UNI became the first decentralized finance [DeFi] token to have cracked the top 10 spots by market cap.

UNI climbed an all-time high of above $34 before a retracement to the press time price of $33.09. This was catapulted by token’s fresh increase of nearly 8% over the past day. It became the 8th-largest asset by market cap which was found to be at $17.4 billion. 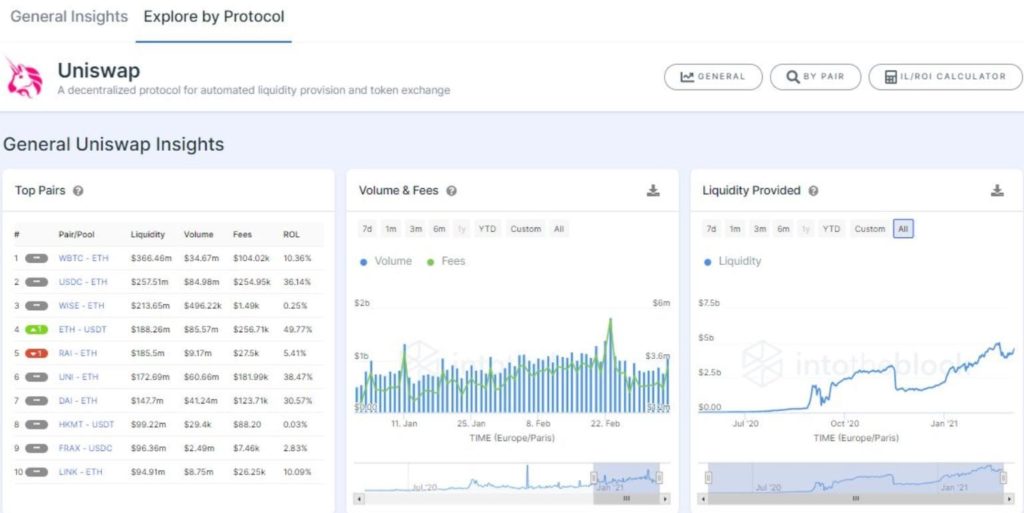 As noted by blockchain intelligence platform, IntoTheBlock, UNI also reached the aggregated volume of $60,769 billion in 2021. This was quite an impressive feat for the DeFi token that has woken up from extended sluggish price action.

Uniswap saw an uptick in terms of network activity. Its daily active address count, for example, saw a notable increase in tandem with its price action after a long time. 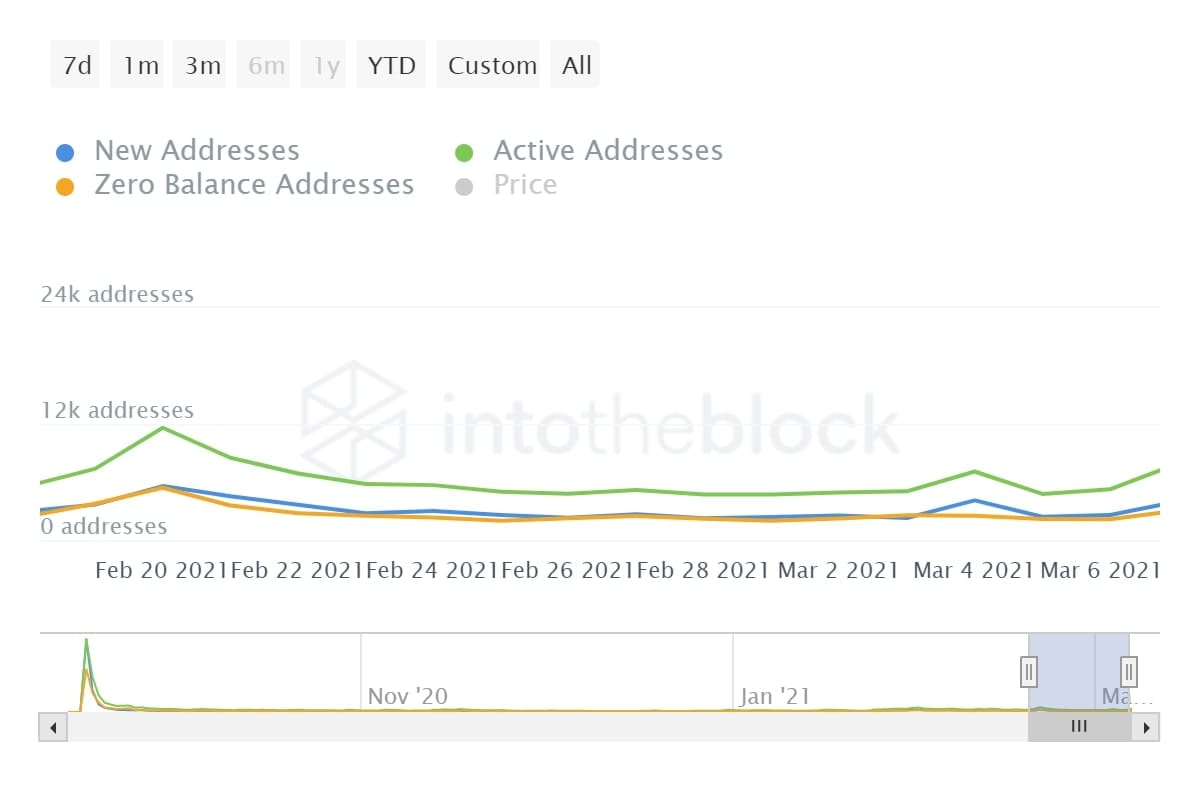 In addition, the overall network on-chain signals were also in the green zone. The Net Network Growth metric, which is a momentum signal providing an insight of its true growth, was bullish. To top that, the volume of UNI tokens that are in the money, or profiting was also in the green along with the concentration metric.

Uniswap has emerged as the most popular and world’s largest decentralized exchange [DEX] with a TVL of nearly $4 billion. This, in turn, helped its native governance token, UNI to land in the top 20 cryptocurrencies by market cap shortly after its launch.

Furthermore, Uniswap was processing more than an astonishing $106 billion in cumulative volume. Meaning transaction figures on the DEX have intensified like never before.

As depicted by the above chart, Uniswap has been on a steady rise since its fall in the third week of Feb. This is very much unlike its peer coins whose price actions were pretty stagnant over the past few weeks.

The technical patterns remained positive despite the red closing candle. The MACD, for instance, depicted a huge buy signal and continued to favor the bullish bias. Volatility continued to impact its price as demonstrated by the diverging Bollinger Bands.

The Relative Strength Index bounced from the overbought area indicating a significant buy pressure even as UNIs price corrected.