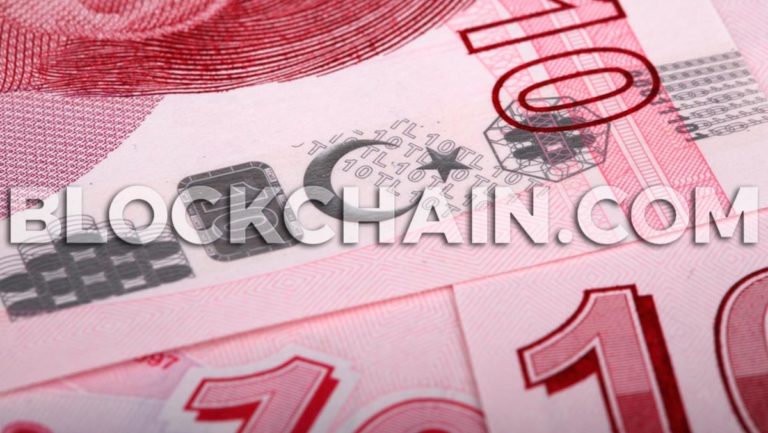 Blockchain.com, a United Kingdom-based provider of cryptocurrency products including the world’s most popular crypto wallet, has launched a fiat gateway for Turkish Lira to allow Turkish users to buy cryptocurrencies directly on the Blockchain.com exchange.

In a press release published on January 29, the exchange said that it has launched a full banking integration for Turkish Lira (TRY) to create a native payment gateway for users to deposit and withdraw Lira on the Blockchain.com Exchange.

According to the exchange, the users from Turkey can buy crypto asset directly form the exchange, without having to use a third-party payment processor. Users can now deposit, withdraw, and use Lira (TRY) to buy bitcoin (BTC), Ether (ETH) and Tether (USDT) and convert their crypto into the fiat currency of their choice with competitive exchange rates.

The exchange is also going to lower the trading fees for people who deposits Lira on the exchange in order to celebrate the launch. The press release says:

The Turkish Lira is the fourth fiat currency after pound, dollars, and euros that is now supported by Blockchain.com exchange launched in late October last year.

Turkey is seeing more rapid adoption of cryptocurrencies its neighbouring countries. According to Statistica’s Global Consumer Survey for 2019, 5% of Turkish population have been exposed to some form of cryptocurrencies. An April 2015 survey by   ING reveals that about 45% of Turkish believe in Bitcoin ass future of online spending which is far more than whole Europe average of 28%.

Beside crypto, the government  wants to support the adoption of blockchain in the country as they plans to establish a national blockchain infrastructure to utilize distributed ledger technology (DLT) in public administration as part of its Strategy 2023.

Blockchain.com was launched in 2011 with a vision to make it easy to explore and use the data on the bitcoin blockchain. The company offers a popular wallet for investing and storing cryptocurrencies, on which it claims to have onboarded more than 45 million users. Currently, the exchange supports 36 live trading pairs including gold-backed token DGLD.

“Turkey is one of the countries leading the charge to embrace cryptocurrencies, but its traders have only been met with high fees and poor service. Blockchain.com is dedicated to providing a fair, global market for Turkey’s crypto traders, and setting a new standard for the service they should not only expect, but demand from exchanges.”