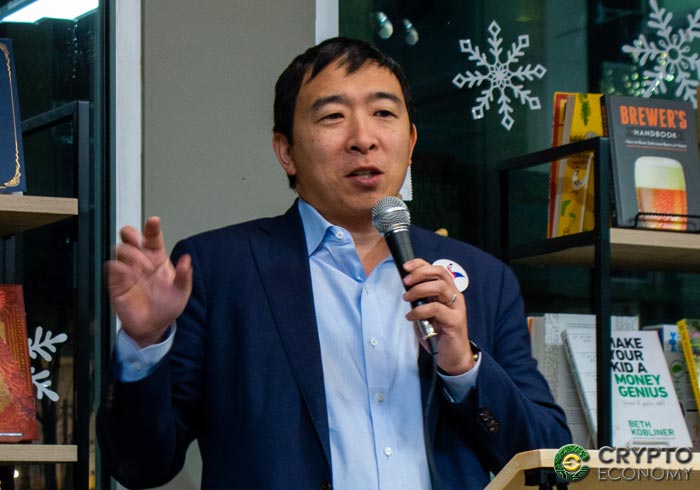 In a statement published on his campaign website, Yang outlined that the government has failed to come up with a national framework for regulating crypto and other digital assets. Yang believes that if these regulation guidelines are set, both businesses and individuals can invest in digital assets without fear of a regulatory shift.

According to his statement;

“Investment in cryptocurrencies and digital assets has far outpaced our regulatory frameworks in the US. We should let investors, companies, and individuals know what the landscape and treatment will be moving forward to support innovation and development. The blockchain has vast potential.”

According to Yang, there are three major problems that need to be addressed, including;

Yang is a tech-savvy lawyer as well as the founder of the non-profit platform that aims to revolutionize American cities through entrepreneurship, Venture for America. His platform, backed by the Democratic Party, supports several initiatives, including; Universal Basic Income (UBI), Medicare for all, and currently, Cryptocurrency adoption.

As part of his presidential campaign, Yang promises to;

0
The Nervos Network, founded in January 2018, is an open-source public blockchain ecosystem and collection of protocols solving the biggest challenges that the blockchain industry is facing today: interoperability.
Read more
CryptoCurrency News