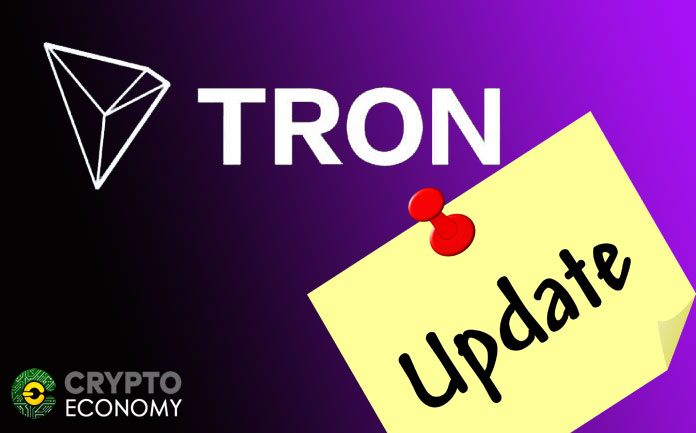 Just recently, TRON CEO and founder, Justin Sun posted an announcement on twitter stating that the platform intends to Hardfork this February. According to the tweet the TRON protocol will upgrade and experience a backward incompatible update on February 28th this year. The 3.5 Hardfork aims to provide greater security and comes with four new features.

As stated by Justin Sun, the new features include;

This aims to be the main lead towards building a viable decentralized protocol and at the same time making sure the space is fairly regulated. According to Justin Sun, regulations are required in order to create mass adoption for crypto coins.

2. 50% performance upgrade from the present level

According to Justin Sun, the Hardfork upgrade will include a 50% upgrade of the blockchain performance in the space. This will improve the platform’s effectiveness as well as efficiency and in the process improve on consumer services.

For blockchain technologies, high consumption of energy is one major concern. The introduction of Dynamic Energy Adjustment will help TRON streamline its energy consumption. This new feature is designed to adjust energy based on what is needed from the demand side. An approach that is really important and efficient on any blockchain protocol.

“Multi-sig, acct mng and custody are three major requirements from institution. Recently we have received numerous demands from hedge funds, mainstream investors and financial institution. With 3.5 upgrade and the partnership with @BitGo, #TRON is ready!”

The Multi-signature wallet will help create a form of division of labor in performing transactions; this is because it provides added security of a blockchain technology in use when conducting transactions.