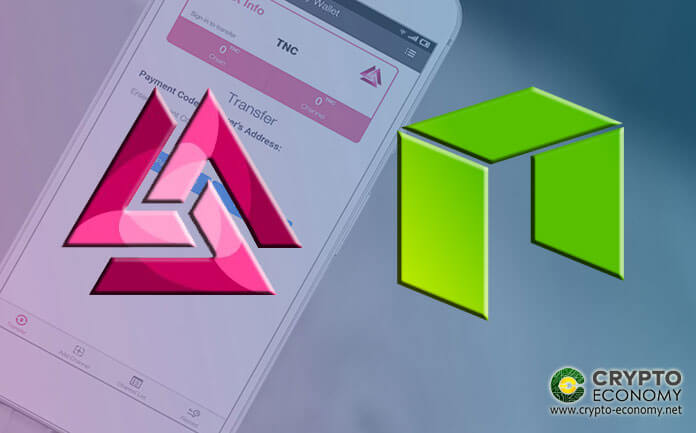 Trinity, the universal off-chain scaling solution that aims to achieve real time remittance solutions with low transaction fees, scalability and privacy protection for main chain assets just recently announced the completion of its Layer-2 architecture. With this, the platform has cooperated with NEO in order to further develop state channel networks.

Trinity has for a long time maintained a cooperative relationship with NEO and therefore, this is not their first merger. The platform aims to use the state channel solutions stated above to “vastly increase the scaling of NEO’s bottom layer by shifting a large amount of transaction volume off-chain, only using the consensus layer for settlement’’.

Having worked with NEO for more than one year, the Trinity platform believes it has the required experience to merge its scaling solutions directly with Neo-GUI. The NEO-Trinity feasibility is said to have been successfully tested and fully verified.

Apparently, Neo-GUI is the most well known, most comprehensive and most stable full node of NEO. The wallet carries a large number of NEO, gas and nep5-token transactions. With Trinity’s Layer-2 network, Neo-GUI will be able to provide quite fast channels for micropayments.

According to Trinity, the NEO-Trinity implementation marks the first time such a solution has ever been integrated directly into a Blockchain platform, this is despite the fact that state channel and other scaling solutions have previously been tested on other blockchains. The two platforms hope that this merger will help create mass adoption of the blockchain technology.

The Development and Integration of NEO-Trinity

This implementation will in future allow users to send large volumes of transactions that are settled not just quickly, but also quite efficiently.

Three major steps have been outlined for the development and corporation of these two platforms. They include;