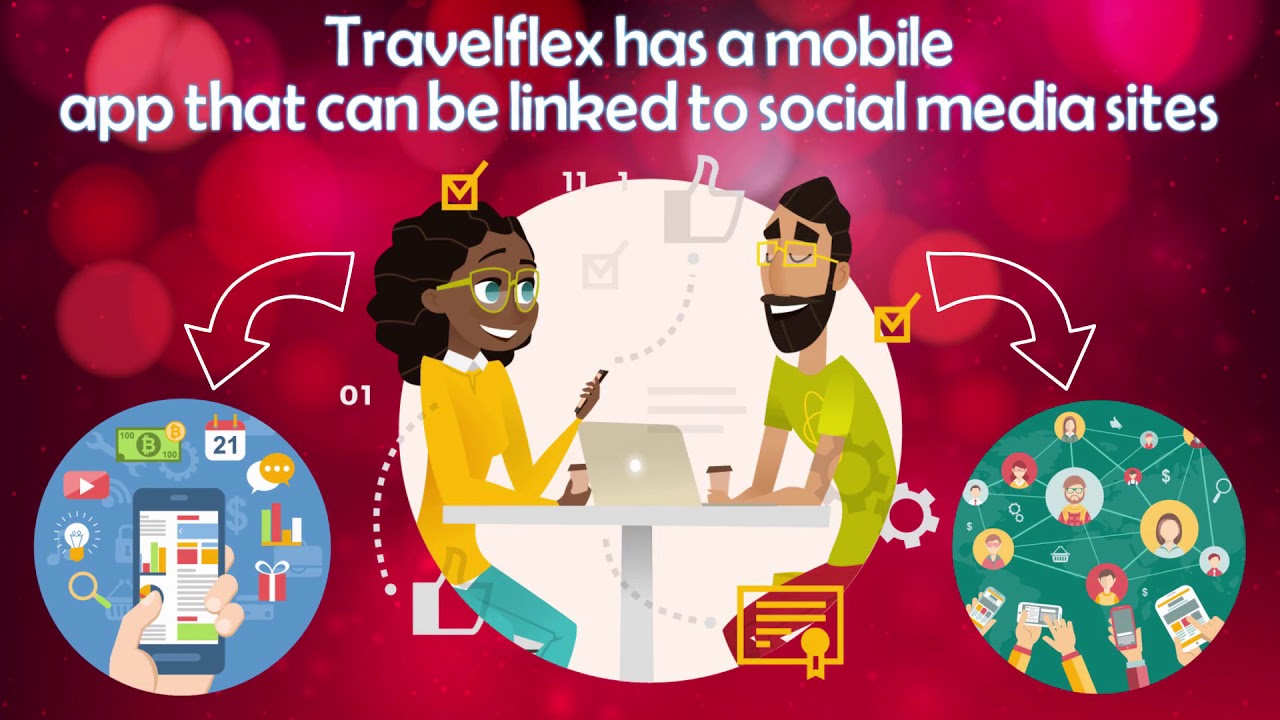 The tourism services sector is a very fertile field of business possibilities in which blockchain ventures are beginning to flourish successfully. In this opportunity we will talk about a platform that is born in that sector, and that aims to go further: Travelflex.

Travelflex is an exclusive platform with native cryptocurrency that aims to solve the problems of scalability of other currencies such as Bitcoin or Ethereum.

According to their website, through the use of a new algorithm supported by DAG, totally new, Travelflex is not just another token of a new platform. This new cryptocurrency, beyond its name, will not only be used for tourist services, since it has been created to be used in all types of payments.

It has its own network, and it will be a minable cryptocurrency, which will naturally work with a Proof of Work (PoW) system.

The developers of Travelflex argue that in their network could be made between 1200 and 1400 transfers per second with a transaction value of $ 0.

Naturally, the number of transfers will increase as more individuals join the network. It could be said that the effectiveness of the transfers, in terms of volume per second of the same that the network can process, is the paramount point of the platform.

The platform also has other interesting properties, as well as a physical Travelflex card that can be used in ATMs, as if it were a credit card; mobile nodes that keep the network light and decentralized; an encrypted and decentralized chat  to better communicate among users; a mobile application; an NFC utility (Near Field Communication), which will serve to detect who uses Travelflex around you; a moneyable currency with POW, the TRF, that supports ASIC and that can be mined in GPU and, finally, some printable Travelflex checks, which have the possibility of being exchanged for the local currency of the country in which you are without the obligation to pay high commissions for it.

The ICO of Travelflex is about to end on January 14, and has achieved an important acceptance. You can purchase the TRF tokens, whose cost at the time of writing this note amounts to 0.28 USD, with a 15% bonus.

To know more details about this platform, you can check their White paper. You can also follow them on Twitter.

0
Taiwan intends to publish the first draft of a new legal framework in mid-2019, with which they intend to regulate Initial Coin Offerings (ICOs). According...
Read more
CryptoNews

A decisive step in jurisprudence about ICOs in the US

0
On many occasions we have reviewed opinions and reflections about the need for all activity related to the Initial Offers of Currencies - ICOs...
Read more
ICO´s

0
One of the most important phenomena in the global financial sphere in recent years has been the ICOs. As we already know, it is...
Read more
CryptoCurrency News

0
A California-based attorney, Zoe Dolan who has been monitoring wallets holding funds from the Ethereum genesis block announced this week that one of the...
Read more
- Advertisment -