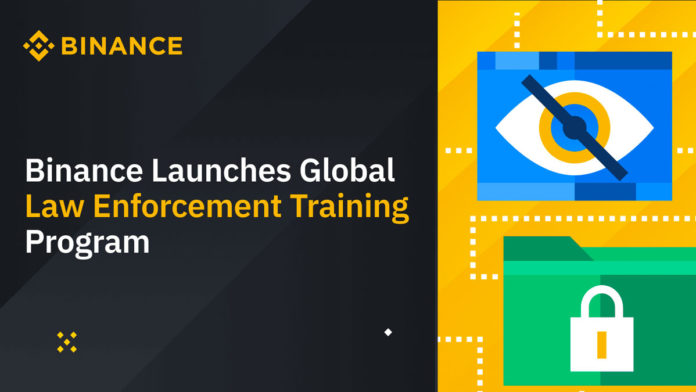 ‌It has been announced that Binance has launched a Global Law Enforcement Training Program.

For the first time in the industry, this program has been designed to aid law enforcement in detecting financial and cyber crimes, as well as by assisting in prosecuting bad actors who exploit the digital assets of others.

It’s the first global coordinated effort of its kind. It has been a year since Binance expanded its investigations team, and since then, the initiative has grown exponentially since then.

A total of over 30 workshops on countering cyber and financial crime have been conducted and participated in by the Binance Investigations team over the past year, in which law enforcement officers are involved. These participants include law enforcement officers from Argentina, Brazil, Canada, France, Germany, Israel, Netherlands, Philippines, Sweden, South Korea, and the UK, among others.

“As more regulators, public law enforcement agencies, and private sector stakeholders look closely at crypto. We see an increased demand for training to help educate on and combat crypto crimes. To meet that demand, we have bolstered our team to conduct more training and work hand-in-hand with regulators across the globe.”

As part of the training program, world-class practitioners from Binance Investigations, who employ security experts as well as former law enforcement agents, will guide participants through the process. Analysts and operatives have assisted in the downfall of some of the world’s biggest criminal platforms, including Silkroad and Hydra, through their work on those platforms.

It is also outlined in detail in the paper the company’s anti-money laundering (AML) policies and the investigation methods developed by them in order to detect and prevent criminal behavior in the company.

A total of over 27,000 law enforcement requests have been answered by Binance Investigations since November 2021. The team responded in an average of three days, which is much faster than any traditional financial institution could respond.