Top 5 Countries Where Bitcoin Has A Massive Impact 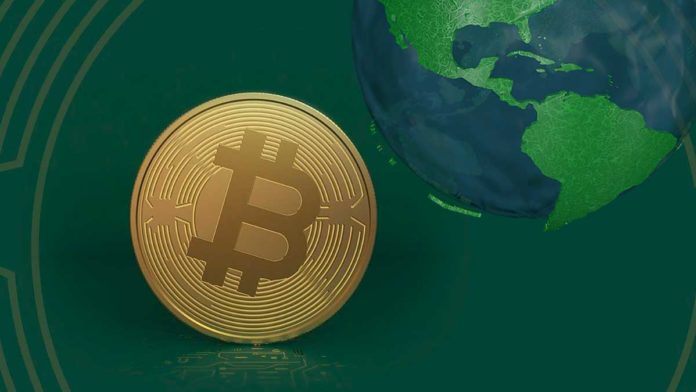 In the past decade or so, we’ve witnessed a massive development in the online saga Bitcoin, which has caught the world by storm since its introduction in 2009. And the fact that it is only a fraction, $1.2 trillion to be exact, of the enormous $2.53 trillion global cryptocurrency market is unbelievable. And the numbers keep growing.

But Bitcoin’s story isn’t without controversy. Where some countries have built a huge industry around it and added to their financial stability exponentially, others don’t allow cryptocurrency at all. And the battle of legalizing cryptocurrency still goes on.

Here’s a look at the countries that have a booming Bitcoin industry and are on their way to making cryptocurrency even bigger and better than what it is now.

If you’re a crypto lover in one of the countries, you’re in luck. But make sure to buy and sell Bitcoin only via trusted exchanges like Independent Reserve.

When it comes to the world’s largest cryptocurrency market, the USA leads the way as always. Considering that it is entirely legal to buy, sell, and spend cryptocurrency in the US, it’s no surprise that Bitcoin is continuously on the rise there.

You’ll be surprised to know that Mastercard and Bank of New York Mellon allow their users to conduct certain transactions in Bitcoin. What’s more, Elon Musk accepted Bitcoin as a mode of payment for Tesla. And other companies like Subway and Microsoft Store have also started accepting payments in Bitcoin.

In fact, Pew Research showed that around 16% of Americans have invested in, used, or traded some form of cryptocurrency. And perhaps more surprisingly, Gemini’s 2021 State of Crypto report stated that a large number (around 63%) of Crypto Curious individuals were Americans.

Known as the hub of Bitcoin trading in Asia, Japan’s cryptocurrency industry grew six-fold between the autumn of 2020 and the winter of 2021.

While the total number of Japanese residents who interacted with cryptocurrency was only around 4%, since this still accounts for around 6.29 million people, it’s pretty significant.

Now, Japan’s growth in the cryptocurrency market, especially Bitcoin, has been pretty impressive. But it may not stay this way for long. Strict regulations have been imposed on crypto managers via the Payment Service Act. Coupled with the stability of the country’s national currency, the future of Bitcoin is unclear in Japan.

Still, there is no denying that the government of Japan is keen on promoting a well-contained crypto market.

Although India’s relationship with Bitcoin has been somewhat controversial — there was a complete ban on it back in 2018 — it’s crypto market has still found a way to become one of the biggest in the world.

According to the broker discovery & comparison platform BrokerChooser, India is ranked among the top 50 nations regarding awareness and knowledge of cryptocurrency. And based on global web searches, India is currently the 7th most crypto-aware country.

CNBC claims that the Indian cryptocurrency market is worth $5.39 billion, $60,000 of which is Bitcoin’s. And the total number of crypto users is as many as a whopping 100 million users.

Unfortunately, this might not last long. Since the Indian government believes cryptocurrency holds a serious threat to the nation’s macroeconomic and financial stability (and can facilitate tax evasion), it’s considering banning private cryptocurrencies and launching its own digital currency.

But officials haven’t confirmed it yet, and we can only hope that the government rethinks its take on cryptocurrency, particularly the Bitcoin industry.

The Nigerian government has certainly remained hostile to cryptocurrency.  In a 2021 statement released by the government, all banks and financial institutions were banned from dealing in cryptocurrency.

But this didn’t hold the Nigerian residents back from investing in the crypto market. According to the Statista Global Consumer Survey, Nigeria enjoys a place among the top countries involved in cryptocurrency at the moment. Moreover, online searches for crypto and Bitcoin are one of the highest in Nigeria.

The reason behind Nigeria’s fast-growing Bitcoin market is its worrisome inflation rates, the shocking cost of sending money across borders, and a general disdain for government policies regarding cryptocurrency.

This will probably come as a surprise for you but Peru is home to a large group of individuals that has a keen interest in cryptocurrency. Around 3.7% of the population — which is 1.2 million people — claims ownership in the crypto market.

Additionally, Peru’s crypto market saw an 18.3% increase in the crypto wallet in 2020, June to July.

But when it comes to the booming Bitcoin industry in Peru, the government runs a tight ship. Authorities recently released a statement that investigations are being carried out into cryptocurrency to set appropriate rules and regulations in place.

While this is a great initiative to allow fair and legal crypto trading, it may be met harshly with many Peruvian crypto owners who believe the industry should stay unregulated.

With Bitcoin predicted to reach an all-time high of $250,000 to $400,000 in the year 2025, it’s no surprise that more and more countries are seeing a massive increase in cryptocurrency ownership.

Although some countries are working hard to impose restrictions and bans on crypto, it’s not really enough to stop people from participating in the industry.

And since Bitcoin remains a controversial topic globally, there’s no telling which country will top the list of countries with the highest Bitcoin users next year!