HomeCryptoNewsZerion App Allows Users to Access DeFi Across Chains from a Single...
CryptoNewsDeFiFeatured 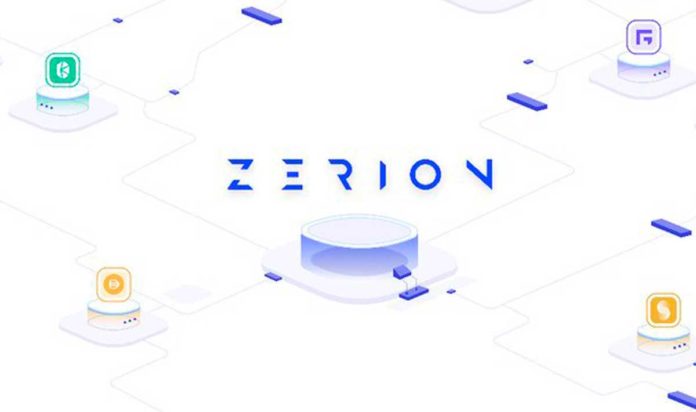 Zerion is decentralized finance (DeFi) portfolio manager app that has recently released its major update enabling users to manage their DeFi activity across chains with a single interface.

Zerion announced the big update in a press release on Wednesday, November 24. Zerion was originally built on Ethereum, but the update has made it a chain-agnostic DeFi interface that will allow users to “track and trade more assets across chains at lower prices and with less network congestion.”

Trade cheaper, faster and easier via @0xPolygon, @BinanceChain, @optimismPBC and @arbitrum, all on one app 🚀

Zerion was founded in 2016 by the current CEO Evgeny Yurtaev, CTO Alexey Bashlykov, and COO Vadim Koleoshkin. It is a non-custodial investing app that enables anyone to access DeFi through its simple and user-centered design with a powerful tech stack that aggregates across every major decentralized exchange.

The company raised its seed funding in 2019. The app was originally built on Etheruem to offer users a single point of entry for managing their digital assets with ease. According to the announcement, to date, Zerion measures 220k monthly active users (MAUs) and has integrated over 70 protocols and processed over $1B in transactions.

Now a significant portion of DeFi activity has moved on to other faster chains, the company decided to add support for more chains. In July 2021, Zerion raised $8.2M in Series A funding led by Mosaic Ventures, with participation from Placeholder, DCG, Lightspeed, Blockchain.com Ventures, DeFi Alliance Fund, Continue Capital, SevenX Ventures, G1 Ventures, Bitscale Capital, Wintermute, The LAO, and a group of angel investors from the crypto community.

With this funding, the company intended to accelerate its product roadmap, bring a host of new features to its global user base, and recruit top talent to its distributed team. Since then, the team has been hard at work to bring a major update to the Zerion app.

The new update is now out that includes support for Polygon, Binance Smart Chain, Arbitrum, and Optimism. This means users can now manage and swap assets across chains from a single view. Evgeny Yurtaev, CEO and co-founder of Zerion, commented:

“Users will be able to view and swap assets across chains with more options and control than ever before. From a single interface, Zerion users are able to invest across different chains in a few clicks. No painful network switching. No complicated approvals.”

The update has also added functionality for “NFT owners including the ability to send NFTs, add them as Apple Watch faces, and set up custom widgets for their mobile phones.”