Things to Know Before You Buy Tether 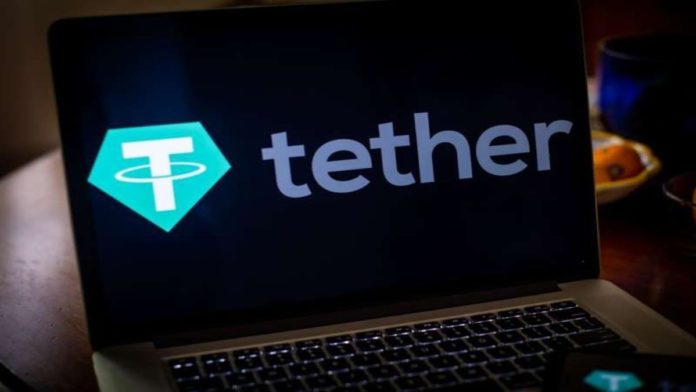 Tether (USDT) is a stablecoin cryptocurrency. Theoretically, stable cryptocurrencies shouldn’t be subject to price fluctuations. Tether coin is based upon the US dollar (USD), so its value corresponds to the exchange rate of one dollar. Like in any cryptocurrency, volatility is present, but the fluctuations aren’t huge. There are several stablecoins in the cryptocurrency world but Tether tops them all.

This results from the fact that the cryptocurrency is based on the dollar as well as a huge market capitalization, an item of all the coins in circulation and also their price. A lot of cryptocurrencies are based on their very own blockchain, or Bitcoin or Ethereum. Tether utilizes the SHA256 algorithm, which is the Bitcoin algorithm. The amount of mineable coins is strictly restricted by the amount of money transferred to the Tether account.

Tether can’t be mined, since it is a stablecoin. So, to get it, you must know where to buy USDT. In other words, you have to find a crypto exchange that supports it. Thanks to its stability, investors have the option to hold their assets while retaining the ability to exchange them for other currencies on the market.

Of course, you must remember that there isn’t a cryptocurrency that comes completely without risks, so you should be careful when deciding on your next investment.

The Origin of Tether

In 2012, J.R. Willet had the idea of building new currencies on the Bitcoin Protocol. Later on, he was working on developing the Mastercoin (Omni), along with Brock Pierce and Craig Sellers. This was a blockchain that ran on top of Bitcoin and created a series of layers on which other tokens can run.

What Is Tether (USDT)?

Stablecoins are cryptocurrencies that keep a fixed value relative to other kinds of currency or crypto assets. Tether (USDT) is such a token. It was created by the Tether Limited company, and it was created on the Bitcoin blockchain. It’s considered the largest stable cryptocurrency. It’s based on the stable value currency United States dollar, with an equivalence of 1:1. This means that 1 USDT = 1 US dollar and this is backed by a deposit. This also means that at any time, USDT can be exchanged for USD.

In many ways, Tether is a unique currency. It was launched in 2015, and it was designed through the Omni Layer protocol, to represent the digital value of a traditional currency, in this case, the US dollar. Like other cryptocurrencies, Tether works on a decentralized network, however, what sets it apart is a centralized issuance, as well as the fact that the value is always kept at one dollar.

The main purpose of developing Tether was to bypass regulatory oversight and state intervention and facilitate transactions with a fixed rate since each USDT unit is backed with one US dollar, held in Tether Limited reserves. It can be traded on the Tether Platform, it can be stored and transferred, and created the same as other cryptocurrencies.

Tether works on an open-source blockchain, taking advantage of the transparency and security it provides. At the same time, it adheres to international standards and compliance regulations. This way it provides a way to convert cash into a digital currency, anchoring its value to the price of the national currency. To work it has to be backed by reserves, including not only currency but also cash equivalents and sometimes other assets.

This stablecoin is today one of the main networks for converting fiat currencies into cryptocurrencies. Since its value is kept stable at 1 USD, it’s considered to be close to legal tender coins. However, it comes with the additional benefits that come with operating with cryptocurrencies, including greater liquidity, low fees for transactions, faster transfers across borders, and so on.

As a currency that has both the characteristics of a cryptocurrency and a regular currency (the US dollar in particular), Tether (USDT) comes with many benefits.

It has all the benefits of normal cryptocurrencies, including unlimited transfers anywhere in the world, fast transactions, and low transaction costs. On the other hand, it isn’t affected by the same volatility issues as other cryptocurrencies, since its value is tied to the value of the US dollar. This way, it allows you to operate knowing the real value at all times.

Finally, Tether allows users to buy and sell cryptocurrency within crypto exchange platforms, maintaining the value of their investments since they can make transactions in cryptocurrencies, and, in the end, they can easily convert them into USDT.