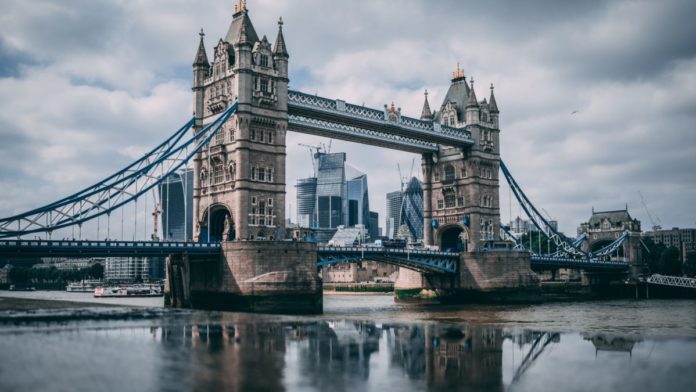 The path to recovery for Ethereum has been stronger than its peer coins amidst the marketwide rout. The crypto-asset growth trajectory has long outpaced Bitcoin. The renewed boost comes at a crucial stage as the network awaits a high profile hard fork.

The broader cryptocurrency market appears to have stalled its bulls. But there is no stopping Etheruem [ETH]. The largest altcoin was trading near $2.4k after amassing weekly gains of over 12% as it sits at a market cap of $277 billion.

Ethereum is now seeing a renewed buying pressure as depicted by the chart below. The last time RSI was hovering above the half-line was back in May. It had slipped to the oversold territory as the market took a damaging turn. With this, the digital asset has now reached a 3-weeks high.

The price movement was accompanied by the revelations of Ethereum’s long-awaited London hard fork which is all set to launch on the 4th of August between 13:00 UTC and 17:00 UTC.

This upgrade is a key aspect of the network’s ambitious roadmap designed to precede the release of Ethereum 2.0, marking the transition of Ethereum’s current Proof-of-Work [PoW] protocol with Proof-of-Stake [PoS] consensus mechanism. As part of this, the London hard fork was implemented into several testnets following the successful activation on the Ropsten and Goerli.

The London fork includes the implentation of five much anticipated Ethereum Improvement Proposals. The two most prominent ones are EIP 1559 and EIP 3554. EIP 1559 is involved with ensuring fees to be deflationary in nature and more predictable. This garnered major controversy since it aims to decrease miner revenue. EIP 3554, on the other hand, involves delaying the difficulty adjustment until December as the network preps for a shift to PoS.

Originally, the hard fork was set to take place around mid-July. However, ETH developer Tim Beiko had recently proposed that the hard fork to transpire at block 12,965,000. Despite this, the core developer of network and the Co-founder of of ethhub.io, Anthony Sassano, did not rule out chances of further delays.

Shortly thereafter, Sassano confirmed the integration of the upgrade in the following tweet,

“The London network upgrade (which includes EIP-1559) has been merged and will go live on the Ethereum mainnet on August 4th, 2021 at block number 12,965,000. Ethereum’s scarcity engine is about to be unlocked.”

Investors appetite for ETH has taken a sharp bullish turn after the launch of  decentralized exchange [DEX] called, ShibaSwap. Built on the Ethereum blockchain, ShibaSwap supports ERC-20 tokens along with ETH which is used as a payment mode for the purpose of gas fees. Owing to the rising demand to trade and swap meme coins, the use of gas for transactions also surged.

Further strengthening the use case and adoption for ETH was the latest report by Goldman Sachs experts which pointed out that the crypto-asset could soon eclipse Bitcoin as the coveted store-of-value asset.

0
According to Preston Van Loon, one of the Ethereum core developers, there is a very good chance that the much-anticipated Ethereum (ETH) Merge will...
Read more
CryptoCurrency News

What is Proto-Danksharding (EIP-4844) Introduced by Vitalik Buterin?

0
Ethereum’s transition to a Proof-of-Stake (PoS) chain is getting into final phases and Vitalik Buterin has introduced yet another proposal, Proto-Danksharding (EIP-4844), to improve Ethereum 2.0’s sharding mechanism.
Read more
CryptoCurrency News

0
According to the latest announcement in the Ethereum blog, the Kiln testnet is now live and running as one of the most important milestones...
Read more
CryptoCurrency News

0
Similar to other top altcoins, Ethereum hasn't managed to steer clear of consolidation. But traders should not miss the bullish narrative that is...
Read more
CryptoCurrency News

0
Ethereum has emerged as a clear winner among the top altcoins after rallying for two straight weeks during which it had made some...
Read more
- Advertisment -
Posting....