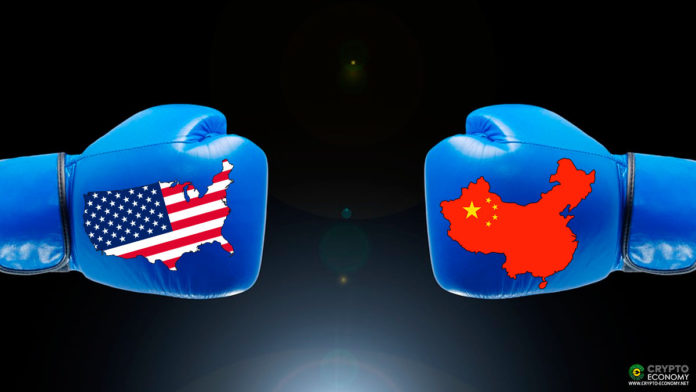 The US and China have been engaged in a trade war for the last 14 months. Both economic powers were applying tariffs on each other’s goods. To release some tension, high-Level trade talks between the US and Chinese financial officials are going to be held in Washington DC in the next month of October. Not all are confident bus some kind of trade deal is expected.

Mark W. Yusko, founder, and CEO of Morgan Creek Capital Management believes the likelihood of a trade deal is very rare and bitcoin is still better than any kind of economic recovery based on bilateral cooperation between the two powerhouses.

Mark W. Yusko joined the panel along with the fast money traders Tim Seymour, Karen Finerman, Dan Nathan and Steve Grasso on CNBC’s Fast Money talk show with Melissa Lee to discuss the likelihood of a trade deal which is expected to happen in coming trade talks on October 10-11. “Do not hold your breath on a trade deal happening,” he said.

In response to a question about the likelihood of a deal, he said:

“There is not gonna be a deal. There was a potential deal in March timeframe but the US backed away from it. The US wants China to admit wrongdoing but there is no chance they are going to this. The real problem is that this is a solution without a problem. Even if we announce a deal, what is going to change? The global trade is not going to bounce back.”

He said that people are expecting the market to rally again because of the trade deal but this will be a short-term spike. He added that the fight has now changed from outsourcing to China and made in China to made for China as it will be the largest consumer market in history over the next 20 years.

The interesting reply came when the host asked him about Bitcoin and its price. He said that buy it even if is at $5000. Giving the reasons for his interesting answer, he added:

“Buy it. The daily price of Bitcoin doesn’t matter, it has been alive for ten years. In every year other than 2015 it has made a higher low and market cap has grown every single year.”

He added that every fundamental indicator for Bitcoin including usage, transactions, wallets, hash rate, etc. is making new highs. Everything related to BTC is rising but price may fluctuate and this is not a problem.