There Will be no Exception in Securities Law for Cryptocurrencies, Says SEC Chairman Jay Clayton 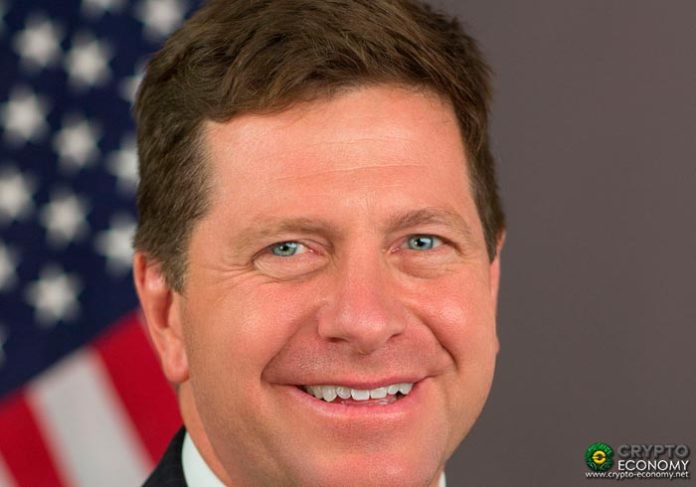 An interview with Jay Clayton was published on August 27, 2019, on Bloomberg. Jay Clayton has no soft corner for cryptocurrency at all. In an interview in his 10th-floor office suite at the SEC’s Washington headquarters, Clayton talked shared his views on the crypto universe.

Jay Clayton believes that many initial coin offerings (ICO’s) were a scam. He thinks that cryptocurrencies should be regulated under strict security laws.

“I think a lot of people got excited that somehow we would change the rules to accommodate the technology and they invested their time and effort thinking that would happen. I have been pretty clear from the start, that ain’t happening.”

“I am not looking to expand the securities laws to capture things. I am generally not in the law-expansion business. But I am not in the head-sticking-in-the-sand business either.”

He also said that there are no reasons why the existing security laws set up to protect stock and bond investor, shouldn’t apply to the high-tech world of ICOs and tokens.

This stance is setting him up for a potential clash with one of the most high-profile companies in the world, Facebook Inc. Although he did not comment about Facebook’s Libra directly. He said that if something is like an ETF, an exchange-traded fund which is a collection of securities that tracks an underlying index, and operates as an ETF, it should be regulated like an ETF as some observers were saying that Libra resembles an exchange-traded fund, which requires SEC approval before it can be traded.

He doesn’t consider himself anti-innovation and good payment methods as he added:

“If we have a way to reduce the cost of payments internationally, through technology, I am all for it. But you can’t sacrifice basic principles of securities law, and other law, to allow it to happen.”

He also remarked that SEC does not see all the cryptocurrencies with the same eye. They have found some Initial Coin Offerings (ICOs) eligible for security regulation.

Jay Clayton’s stance on cryptocurrencies has triggered frustration and concerns among the companies as they have stopped some of their services in wait for regulations. Republican Hester Peirce, one of his fellow commissioner, believes that agency is on a wrong track.