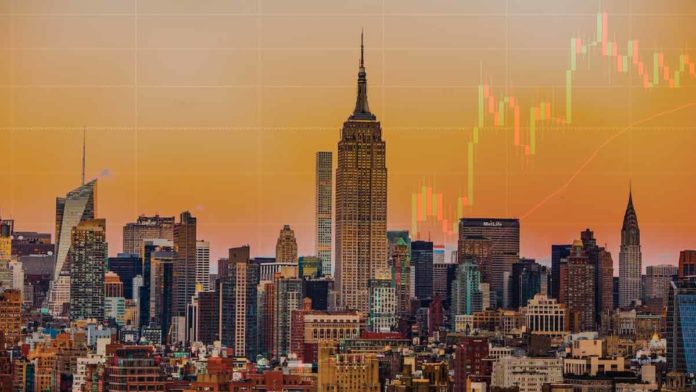 The New York Fed has announced that some global banks have partnered to implement a 12-week trial program of CBDC (Central Bank Digital Currency).

JUST IN: Mastercard, Wells Fargo, Citigroup, and others, launch a 12-week experimental digital dollar pilot with the New York Fed.

This project, which is led by the New York Fed’s Innovation Center, is designed to test how banks are going to use CBDC to trade currency. In addition to this, some of the world’s largest banks are participating in this experiment as well.

The news highlights the fact that blockchain technology can still be used in real-world applications despite the fact that consumer confidence in the technology is at an all-time low at the moment.

There are a number of banks participating in this program, such as Citigroup, MasterCard, Wells Fargo, and others. The banks involved in the project were mentioned in the statement, along with what the project will entail.

As the New York Fed noted, the project will be conducted in a test environment and will make use of simulated data to conduct the study, which is known as the regulated liability network.

There is an attempt to quantify the impact that digital dollar tokens will have on the economies of these banks and the New York Fed through this initiative. In particular, how the presence of these companies in a common database can help to speed up the payment process.

It is also important to note that, under this program, the Federal Reserve as well as some of the world’s leading financial institutions will come to this conclusion together. A digital dollar appears to be a reality after the head of the New York Federal Reserve, Michelle Neal, talked about the promise of a digital dollar during her speech earlier this week.

Considering that the new plan is being implemented in New York, it is anticipated that it will be rolled out in other states soon after it has been implemented.

The United States-China economic war may be entering a new stage if there is a CBDC developed by the Americans as well as the development of a CBDC by the Chinese. In fact, the Chinese government has already begun to implement the plans a while back and there is a possibility that the competition will become even fiercer in the years to come.

A crypto-based currency is a tool that each of the governments is trying to use to expand their global influence on the economy.