The Highest-Paid Football Stars in Serie A – Translated to Bitcoin 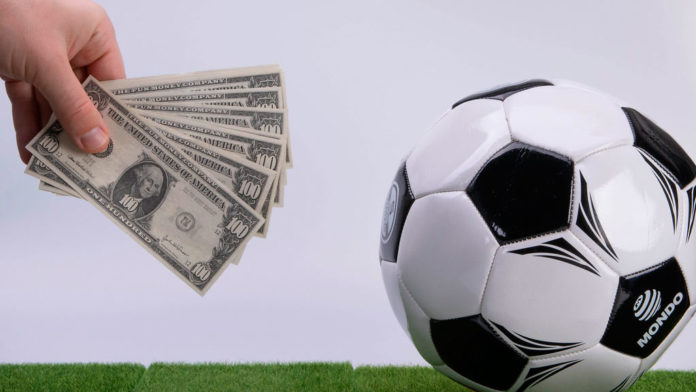 Serie A have always been one of the most competitive, strongest, and most popular football leagues around the globe. It belongs to the big five European leagues, alongside English Premier League, Spanish La Liga, German Bundesliga, and French Ligue 1. As such, it attracts some of the most talented players in the world.

We have witnessed some big departures from the Italian top-flight ahead of the 2021/22 season, including Cristiano Ronaldo’s move from Juventus to Manchester United and Romelu Lukaku’s transfer from champions Inter Milan to Chelsea. However, huge amounts of cash are still present in and around the league.

Do you know which players make the most money in the elite tier of Italian football right now? We will give you a hint, the vast majority plays for Juventus. Stay tuned and enjoy the list which has been made possible by the data made available by bettingtips4You.com website.

Also, since cryptocurrency has recently found its way into a wide array of niches, it is only a matter of time before we see the football transfers & paychecks made in one of the bountiful cryptocurrency options. This is why we will provide the equivalent of the regular EUR paychecks for each player in Bitcoin which is still the most popular cryptocurrency in the world.

Edin Dzeko has been among the best center-forwards in the game in the last decade. The Bosnian striker finally made his move from Roma to Inter Milan in the summer of 2021. He came to Stadio Giuseppe Meazza as a replacement for Romelu Lukaku who was one of the main catalysts for the team’s Scudetto title in the previous season, alongside mastermind Antonio Conte (who also departed and is currently in charge of Tottenham Hotspur in the Premier League). Dzeko has done relatively well in his first season in Inter’s shirt, netting 10 goals and delivering 3 assists in the inaugural 24 appearances for I Nerazzurri.

The third place is shared between Wojciech Szczesny and Leonardo Bonucci who make a whopping  €125,000 a week. They are both essential parts of Juventus’ rock-solid defensive line. Szczesny rarely misses games. He made 23 appearances in the opening 26 rounds of the 2021/22 season. Bonucci, who is three years older, has made only 16 appearances at the same time. However, the former AC Milan center-back has already contributed to the team’s successes at the opposite end of the pitch, bagging three goals so far in the season. I Bianconeri have one of the best defensive lines in the competition and it has, after all, brought them so much joy in the past, which is why we can understand the logic behind spending so much money on the wages of the key men at the back.

Although almost 40-year-old, Zlatan Ibrahimovic is still one of the best players in the league. The Swedish striker has marked the whole era in the last two decades, being among the most popular and the best players in the game during that time. He is the four-time Serie A champion and he is still scoring goals on a regular basis for I Rossoneri. Of course, his global popularity has a lot to do with such a high wage, but again, we can easily understand where AC Milan are coming from here.

The top spot is reserved for another two Juventus stars. Paulo Dybala remained one of the most popular players in the league after the aforementioned departures of Ronaldo and Lukaku. He has won the competition five times, being one of the focal points of Juventus’ attacking line in the second striker role along the way. On the other side, we have de Ligt who is arguably the best young center-back in the game. Juve stole the former Ajax gem who was on the brink of signing a Barcelona deal (together with Frenkie de Jong). Juventus see de Ligt as a future leader and the essential part of the back line after the departures of his older colleagues Giorgio Chiellini and Leonardo Bonucci.

Is cryptocurrency the future of financing in football?

It is exciting to monitor these hefty paycheck lists from the cryptocurrency perspective because we will witness the financing of football teams and players in Bitcoins sooner rather than later. As a matter of fact, we have already seen PSG’s star Lionel Messi adding a very interesting part to his contract. The former Barcelona forward will receive a large number (not specified) of the team’s fan tokens. This represents a form of cryptocurrency that provides owners the right to vote regarding some aspects of the club.

Fan tokens have already become a regular practice in some popular teams, including Serie A heavyweights AC Milan and Premier League giants Manchester United. More high-profile outfits will certainly follow the pattern and it will be very interesting to see how exactly are they going to introduce the ever-growing cryptocurrency trend into their businesses.