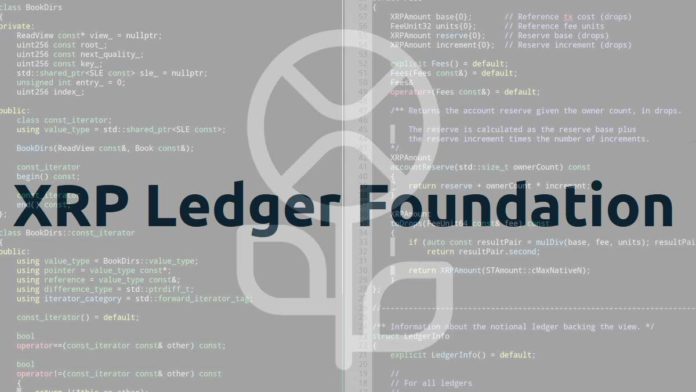 XRP Ledger Foundation announced an important milestone in its path toward fostering development and widening usage of XRP Ledger. The first project on the XRPLF repository is now published on GitHub. A team of the RippleXDev community submitted this project that is a Java library focused on interacting better with the XRPL. XRP Ledger Foundation announced it on Twitter saying:

“An important milestone. The first project submitted to the @XRPLF Github repository by a team of @RippleXDev devs.

A java library to interact with the XRPL.”

Most of the blockchain projects rely on usage by developers to grow and promote themselves. They always need new developers to build new applications on the blockchain. More decentralized applications on a blockchain mean more use-case by regular users. The overall result will be more adoption by both institutional and individual users. It is the reason that we see teams like XRP Ledger Foundation who work on expanding the usage of the XRP Ledger.

XRPLF describes multiple focus areas for itself. They mainly try to encourage developers to make more applications on XRP Ledger. The foundation launched in September 2020. According to their press release document:

As mentioned before, a team from the RippleX community published the first project on XRPLF’s GitHub repository. RippleX is a platform for developers that makes it easy for them to build applications on Ripple blockchain.

The first project on the XRPLF repository is called xrpl4j, which is a Java library. According to the introduction of the project, it is:

“A pure Java implementation of the core functionality necessary to interact with the XRP Ledger. While this library does not provide a network client, it does support the difficult tasks of XRPL serialization and transaction signing, and provides useful Java bindings for XRP Ledger objects and rippled request/response objects.”

Teams like XRPLF that focus on engaging blockchain developers are vital for the ecosystem. Their efforts result in more groups trying their chances on blockchain platforms. The final result will be more adoption and attracting more normal users.