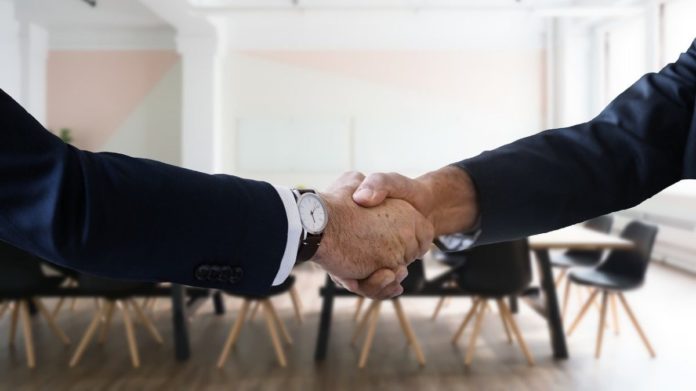 The Founder as well as former CEO of blockchain and crypto news platform, ‘The Block’, Mike Dudas will be joining the well-known stablecoin business, Paxos on the 9th of Feb as VP, Head of Stablecoin Business Development.

According to the official announcement by Paxos, Dudas’s role would entail expanding the firm’s stablecoin business and work towards developing its very own white-label offering for partners.

"Paxos operates in the business segment that attracted me to crypto in the first place – payments and money movement… @PaxosGlobal will be the most powerful digital asset enablement platform in the world"https://t.co/2mDS8rgcna

Dudas has been known for being one of the most vocal and strongest personalities on Crypto Twitter. Even after hopping on to the new role at Paxos, the former exec will continue to serve in his capacity as non-executive chairman of The Block. He had asserted that he has not been involved in day-to-day operations since last April and went to state that he had not been and will never be involved in any editorial decisions at the news platform, including past and present coverage of Paxos.

In a personal note, Dudas stated,

“I believe Paxos is one  I believe every human should have access to money that moves instantly, affordably, 24/7/365 on modern infrastructure with strong security and settlement assurances.”

He went on to add,

“Paxos has been singularly focused on rebuilding the infrastructure of finance. The company has made relentless progress in tokenizing and mobilizing assets. Its robust approach to financial regulation and compliance has set a standard in trustworthiness for fintech operators and innovators. Paxos will be the most powerful digital asset enablement platform in the world and I am thrilled to join the team in this journey.

Paxos announced that it had raised a $142 million Series C round of funding. The round was led by Declaration Partners, the investment firm backed by the family office of David M. Rubenstein, which also included investments from Mithril Capital, PayPal Ventures, RIT Capital Partners plc, Ken Moelis, Alua Capital, Senator Investment Group among others.

With the latest Series C funding, Paxos has secured a total funding of $240 million.

Over the past several months, Paxos’ stablecoin tokens have mainly been playing catch-up especially since the explosion in the decentralized finance [DeFi] space during mid-2020.

In January this year, Paxos announced teaming up with Chainlink in an effort to make its asset-backed tokens more widely accessible across the DeFi ecosystem. In other words, the aim of the integration was to accelerate the adoption of Paxos Standard [PAX] and gold-backed tokens in DeFi using the Chainlink oracles.

Shortly after this, the company also introduced Paxos Crypto Brokerage which is essentially a new product offering that allows firms to integrate cryptocurrency buying, selling, holding, and sending capabilities into their own applications.

Besides, the New York-based firm, which was first founded in 2012, was recently tapped to source fintech giant, PayPal’s cryptocurrency supply.

0
Ethereum's second-layers solution Polygon is on a partnership spree. The latest one to team up with the scaling protocol is the leading fiat-to-crypto and...
Read more
- Advertisment -
Posting....