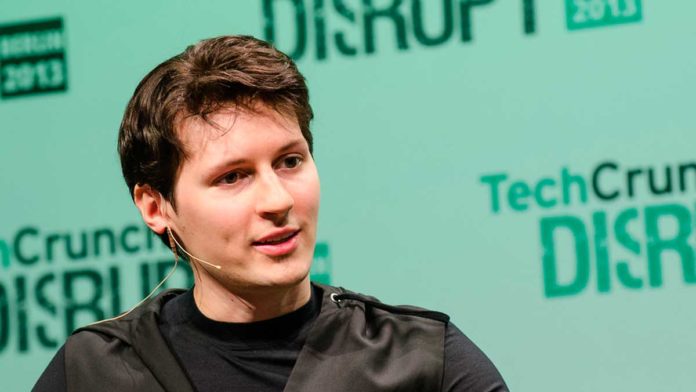 The development of the embattled Telegram Open Network (TON) has come to an end according to Telegram founder Pavel Durov. Mr. Durov announced on Tuesday on a public channel attributing the decision to the ongoing legal battle with the United States Securities and Exchange Commission (SEC).

This means that Telegram has quit the active development of the TON network and its complementary Gram tokens that would have been used as native tokens on the TON network once it launched.

The Gram tokens were the issue of contention between the SEC and Telegram with the former alleging that the latter had sold Grams illegally to US investors in an unregistered securities sales.

Telegram had sold Gram tokens to TON investors back in 2018 in one of the largest ICO sales raising $1.7 billion in a private sale. However, these tokens were not delivered to the investors at the time of the ICO.

The purchase agreement allowed Telegram to receive the investment with the promise to deliver the tokens at a later date (in this case October 31st, 2019 – which was the date scheduled to launch TON.)

With only a few weeks left to the launch of TON in October last year, the SEC secured a temporary injunction to halt the launch of the project and this marked the start of Telegram problems which have culminated in its exit from TON development.

“Today is a sad day for us here at Telegram. We are announcing the discontinuation of our blockchain project,” Durov wrote on Tuesday. “I am writing this post to officially announce that Telegram’s active involvement with TON is over.”

In an attempt to explain what transpired between Telegram and the SEC in court, Durov wrote this:

“Unfortunately, a US court stopped TON from happening. How? Imagine that several people put their money together to build a gold mine – and to later split the gold that comes out of it. Then a judge comes and tells the mine builders: “Many people invested in the gold mine because they were looking for profits. And they didn’t want that gold for themselves, they wanted to sell it to other people. Because of this, you are not allowed to give them the gold.”

He continued: “If this doesn’t make sense to you, you are not alone – but this is exactly what happened with TON (the mine), its investors, and Grams (the gold). A judge used this reasoning to rule that people should not be allowed to buy or sell Grams like they can buy or sell Bitcoins.”

Durov goes on to indict the US government on its unlimited control over the global financial system. At the very end, Durov cautions the public against projects purporting to be TON and advised to stay clear of these projects.

“Don’t trust them with your money or data. No present or past member of our team is involved with any of these projects,” he wrote adding that “While networks based on the technology we built for TON may appear, we won’t have any affiliation with them and are unlikely to ever support them in any way. So be careful, and don’t let anyone mislead you.”

It is not clear what happens to the investors’ funds now that the project has been shelved. Just last week, Telegram was confident about its launch of the TON blockchain in April 2021 asking its investors to keep their investments with the company while promising them returns of 110% if they agree to the request.

It is expected that if the investors will receive their investments at this time, they will receive 72% back with the difference attributed to the development costs of the project over the past 2.5 years.

0
Grayscale had a meeting with the SEC about the Bitcoin ETF fund, and a brief on the meeting is now available for the public...
Read more
Companies

0
America’s SEC is still enforcing strict regulations over cryptocurrencies. Even the new administration hasn’t changed much. According to a report by Cornerstone Research, the Securities...
Read more
Bitcoin News

0
There is no denying that stablecoins have been a bone of contention for years. The entire cohort of this digital asset has been a...
Read more
- Advertisment -
Posting....
We use cookies to ensure that we give you the best experience on our website. If you continue to use this site we will assume that you are happy with it.OkPrivacy policy