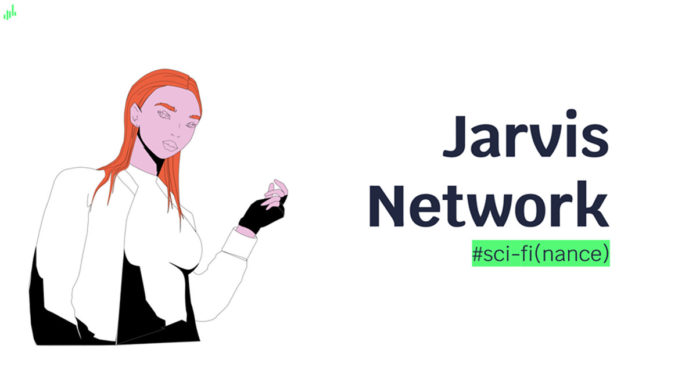 Synthetic asset protocol Jarvis Network has integrated Chainlink Price feeds oracle service on mainnet to secure the minting and exchange of synthetic tokens on its platform.

Jarvis Network announced the news in a blog post published on Monday, March 1. According to the announcement, Jarvis Network is leveraging Chainlink’s market-leading Price Feed Oracles in its Synthereum protocol, and in Jarvis DEX, its proprietary DApp.

According to its website, “Jarvis Network is a set of protocols on Ethereum allowing anyone to become a broker by funding and maintaining liquidity pools with stablecoins, against which anyone can gain exposure to the price of any traditional or digital assets.” In other words, it is a set of financial and identity-management protocols on Ethereum to make decentralized finance as accessible as the Internet is, and interoperable with traditional finance.

The platform currently has two protocols: Margineum, an off-chain margin trading protocol, and Synthereum, an on-chain synthetic asset protocol built on UMA. According to the description provided by the Jarvis team, the network will also launch two DApps, Jarvis Market and Jarvis Exchange, to interact with Margineum and Synthereum protocols respectively.

“Through Chainlink’s highly secure, reliable, and scalable decentralized oracle networks, users are now able to buy, sell and exchange synthetic assets that track the most up-to-date market price of various forex exchange trading pairs, without slippage. The initial set of Chainlink Price Feeds being used on the Synthereum mainnet include three European fiat currencies (EUR/USD, GBP/USD, and CHF/USD), with the goal of adding more currencies.”

According to Jarvis, these price feeds are powered by Chainlink’s recently launched Off-Chain Reporting (OCR) protocol, a major scalability upgrade that lowered the on-chain gas costs of oracle updates by up-to 90%. Jarvis will leverage this OCR to bring Forex to DeFi by implementing a Forex layer on Synthereum. Following Forex, the team also has plans to bring more assets to Ethereum, such as commodities, metals, stocks, and indexes.

Jarvis Exchange, a DEX to interact with Synthereum, can be used to seamlessly exchange synthetic assets minted in Synthereum with any ERC20 token. Users have to deposit USDC to mint synthetic assets in Syntehreum. To ensure that synthetic assets are minted at a value equal to their USDC deposit, exchanged to another synthetic asset at the current market rate, and redeemed for an equivalent amount of USDC, the protocol requires a secure source of price data and blockchains do not have capabilities to fetch data from the outside world.

“Chainlink’s Price Feeds play a foundational role within the Jarvis Network, ensuring that all synthetic assets on Synthereum can be acquired and traded at their true market value with zero slippage. Thanks to the Chainlink OCR upgrade, we can offer the most refined markets on Ethereum for switching exposure between a wide variety of unique assets.”

0
Galaxy Digital is a financial service innovator in the digital asset and blockchain space. It is known for incorporating new technological changes in the...
Read more
Price Analysis

0
Like the rest of the crypto markets, Chainlink prices are rising with the tide. Currently, LINK prices are stable in the previous 24 hours...
Read more
Price Analysis

0
Chainlink wasn't spared the brunt of sellers reading from how the coin performed in the daily chart. At press time, LINK is up nine percent...
Read more
Chainlink News

0
After an impressive run-up earlier this year, Chainlink has failed to demonstrate a promising direction. As a result, the crypto-asset fell out of...
Read more
- Advertisment -
Posting....