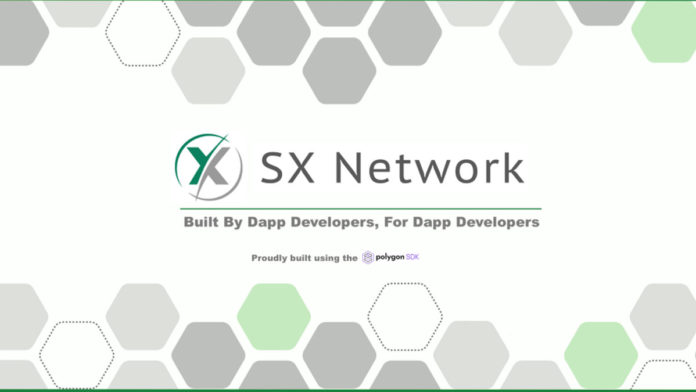 SX Network announced the launch of its blockchain on testnet. It’s a public blockchain built natively with the SX prediction market protocol. The team behind this blockchain announced it two months ago and is working with the Polygon team to launch its first sister chain.

Now the blockchain is live on testnet and ready for feedback from users and developers. SX Network blockchain is very similar to Ethereum and Polygon but has some special features like the SX prediction market protocol.

Prediction market protocols are a group of unique tools suitable for various markets. SX protocol is one of the most famous ones that has settled $51M across more than 450k trades since the time of launch.

The team behind this protocol announce plans to launch a blockchain for it two months ago. They worked with the Polygon team to complete and improve their idea. Now the blockchain is live on testnet as the first sister blockchain to Polygon.

The partnership with the Polygon team has helped the SX Network launch their blockchain faster and stronger. It uses the Polygon SDK to achieve security, scalability, and speed. The test blockchain is now accessible at this link.

According to the SX network team, dApps can deploy on the new blockchain from day one:

“Decentralized applications can deploy on SX Chain on day one, knowing that its security and performance have already been battle-tested. As August 31, six teams have already announced their intention to make SX Network home including; AthleteX, BlitzPick, PunchBet, Treasury Key, Adamant Finance, and PolyCrystal. In addition to there, we plan to announce 10 more founding projects before SX Network goes live in October!”

As mentioned above, SX Network is very similar to Ethereum and Polygon. But there are some differences that make this blockchain unique. For example, SX Network is integrated with a $37M on-chain treasury of SX protocol.

Besides, it can connect to other EVM-compatible chains and create a live ecosystem around prediction markets. Ethereum and Polygon act as the main bridges for this connection.

SX Network team will continue working with the Polygon SDK team and its community members for the next steps. Some of the next steps are launching on mainnet, automated testing for stress, and building the SX Network Chainbridge to connect Polygon & Ethereum.