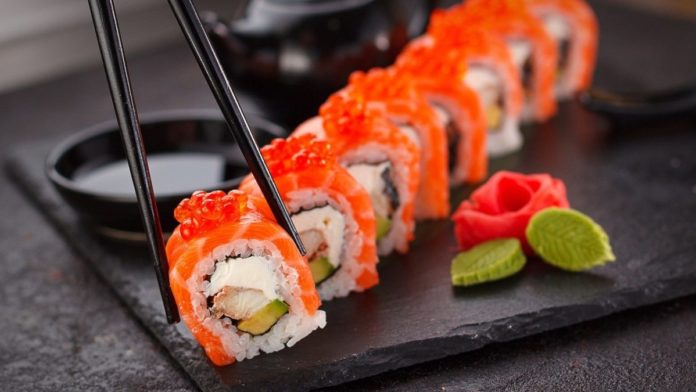 Sushiswap is undoubtedly on a roll.

Popular decentralized exchange [DEX] SushiSwap’s native token SUSHI has smashed its previous peak to soar all the way to the press time price of $18.6. According to CoinMarketCap, the token rose by nearly 23% over the past 24-hours, alone.

With this, SushiSwap went on to become the 10th-largest DeFi token by market cap which stood at $2.33 billion.

Technicals: SUSHI bulls have held on to the $17-support level for almost a week even as its price retraced by on the 16th of Feb shortly after its earlier ATH. This was followed by a drop in bullish momentum. However, the buying demand was not impacted which further catapulted its price to reach the new height.

The focus was still in the nearest support zone of $17-level in the short-term.

Besides, SUSHI’s price is up by more than 500% in January after seeing massive growth in 2021. It seems to be unstoppable, at least for now and there are no visible barriers in the near-term. Hence, as noted by several positive on-chain metrics, the digital asset could continue its uptrend without any opposition.

The bull season is growing leaps and bounds and there is no stopping it. The collective crypto market now stands tall at an astonishing $1.72 trillion market cap. Thanks to massive incoming capital from investors, the cryptocurrency industry has managed to break several at a pace never seen before.

And decentralized finance [DeFi] tokens have not been left out this bull season.

But, Sushiswap [SUSHI] is not alone. Several other top DeFi tokens are on a double-digit rise over the past day. Its rival, Uniswap‘ UNI, for instance, was up by almost 33% over the same time frame. Its peers such as AAVE, Synthetix [SNX], and Maker [MKR] also amassed gains of 10.87%, 10.91%, and 9% respectively.

However, the latest price action comes after a crypto-focused venture firm, called Future Fund acquired the Sushi.com domain name for the decentralized exchange. The platform explained,

“A strong domain will greatly increase internet traffic and exposure to the sushi brand for their forthcoming new projects.”

Despite being the contentious fork of Uniswap, Sushiswap has come a long way. It is now the third-most voluminous DEX built on the Ethereum network trailing behind PancakeSwap and Uniswap. This was based on data compiled by CoinGecko. SushiSwap’s 24-hour trading volume has also doubled in the last 24-hours and currently stood at $619 million.

Moreover, SushiSwap was in the sixth position in terms of total value locked [US Dollar] as it registered $3.18 billion. 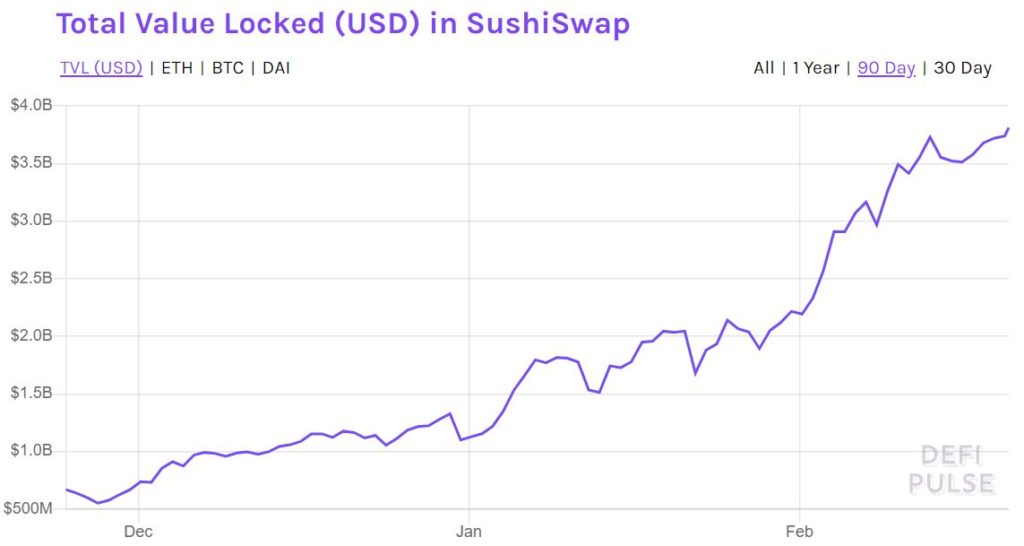