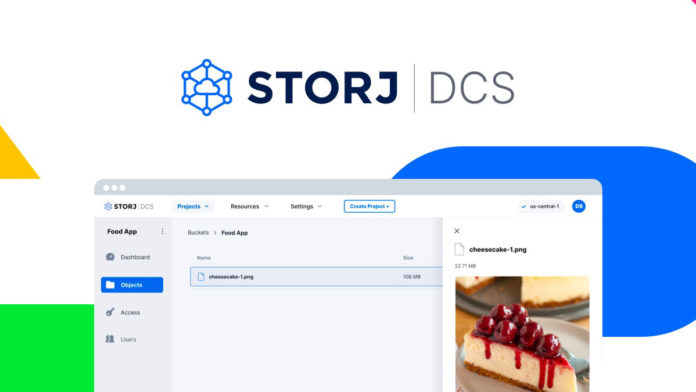 Storj added a new service for developers who want to build on its decentralized cloud storage technology. DCS or Decentralized Cloud Storage is the name of the new service.

Storj DCS is somehow a rebranding for Storj, too. The team said that Tardigrade caused some confusion in the community, and they decided to roll it back with a new name, DCS. The new service and rebranding come with the new design on Storj website as well. It seems Storj plans to demonstrate new plans and goals with its new design and rebrandings.

Storj is one of the leading blockchains in the decentralized storage ecosystem. It plans to revolutionize cloud computing services by offering versatile solutions to both developers and end-users. The team created a developer tool named Tardigrade in 2019. Thye planned to create an easy, useful system for developers to build on top of decentralized storage infrastructure. The naming didn’t seem right from the first days and created some confusion. As a result, the Storj team decided to roll it back with a more familiar name, Storj DCS.

As mentioned before, Storj decided to redesign its website and brand mark in parallel with introducing Storj DCS. the old Tardigrade website is also redirected to Storj.io from now on. The new naming helps Storj – more than anything – to show its plans and goals next to the products. Naming the product Storj DCS clearly shows what Storj plans to do.

Storj’s team always focuses on developers. The team says about this strategy in the latest announcement:

“Everything we do is for developers. We’re often asked why we don’t have a Dropbox-like GUI so non-technical customers can upload and download files to Storj DCS. The answer is that by focusing on developers and providing decentralized cloud object storage for their needs, we can enable hundreds of companies to build services like that on top of Storj DCS.”