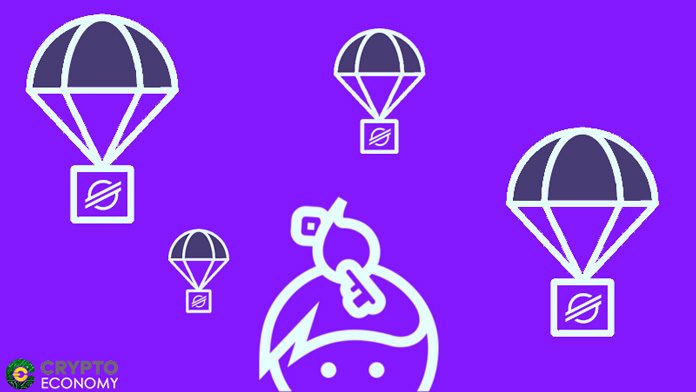 The Stellar Development Foundation (SDF), the nonprofit organization that supports the development of the stellar blockchain network is partnering with social media entity Keybase to airdrop 2 billion Stellar Lumens [XLM] to Keybase users over the next 20 months. The foundation made the announcement on Monday, September 9th, the date that the first installment of the airdrop was done. Each month, on the 15th (except this month) the tokens will be automatically airdropped to the 300,000 Keybase users. 100,000 XLM tokens will be sent each month, which means “this surprise giveaway translate[s] to something like $19.80 USD worth of Lumens for each active Keybase user. No strings attached.” In total that’s about $118 million worth of XLM to be given away to Keybase users by the end of the promotion.

However, there are catches. The first of which is that not everyone qualifies to receive the free tokens. Only Keybase users with accounts registered on or before the publishing of the announcement on the 9th day of September. The exception to this rule being new users with GitHub and Hackernews accounts that were registered on or before the said date as well. Another condition is that the airdrop is only guaranteed for three months “with subsequent months subject to basic success metrics for the program.” The success metrics have not been revealed yet.

Keybase is a chat software similar to Telegram and WhatsApp with an emphasis for privacy and security. Al chats are end to end encrypted. The application integrated with Stellar blockchain this year in May allowing its users to send and receive Stellar Lumens through its chat interface. Keybase also has a bot-making framework that, combined with the speed and efficiency of Stellar, makes for a lot of awesome possibilities.

Recently, a Keybase user made an XLM-based bot called @smsbot. If you send just a tiny bit of XLM to @smsbot, it will reply with a throwaway phone number you can use to receive SMS messages for a short period of time. It’s a really cool example of micropayments in action, and it’s exactly the kind of thing we hope to inspire and enable with this airdrop.

Stellar has been supporting Keybase for a while now with their relationship going back to March 2018 when the SDF made a sizable contribution to Keybase’s Series B funding round. And now, the two entities are taking the relationship to another level with the airdrop. SDF’s recently appointed CEO Denelle Dixon said that part of Stellar’s mission “is to get Lumens out in the world, into the hands of real people. Keybase provides the real people.” Speaking of the relatively little number of Keybase users that will be benefiting from the airdrop she commented that:

The number seems much more rational when looked at over a 20-month period… It demonstrates that we think this is a valuable opportunity for users of Keybase to get to know us. They aren’t crypto-first.