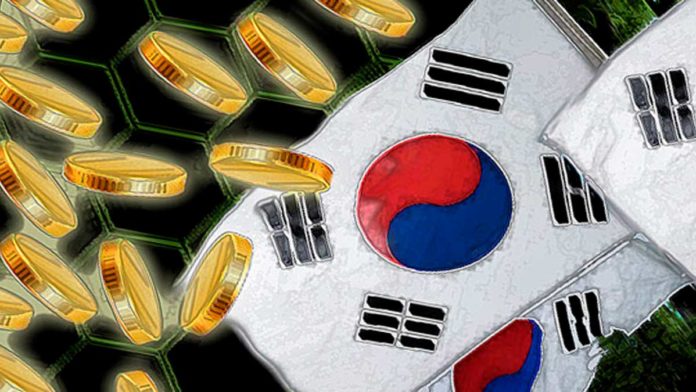 In a press release on Monday, November 29, Hedera, the company behind the Hedera Network, announced that the project was built on its Hadera public distributed ledger that would leverage stablecoins to provide an efficient international remittance service.

“Utilizing the Hedera Token Service (HTS) and Hedera Consensus Service (HCS), the project aims to test the issuance and distribution of stablecoins, applied to a financial use case that typically suffers from high fees, longer waits, and the absence of tracking features.”

The project has been developed in collaboration with a major multinational bank outside of Korea. According to a tweet by Hadera’s official Christian Hasker, this will be a real-time international settlement solution to solve the pain point of traditional remittance systems. According to him, Shinhan Bank’s partner in this project is South Africa’s Standard Bank Group (SBGroup).

Join us for this webinar on 9th – real-time international settlement using @hedera between Korea’s @ShinhanBank_twt and Sourh Africa’s @SBGroup – should be great!

In the project, the leading South Korean bank will mint South Korean Won (KRW)- backed stablecoins and SB Group will mint stablecoins backed by their local currency. The system will use the Hedera Consensus Service (HCS) to track and record transactions and confirm the foreign exchange rate at the time of each transaction.

Users will be able to buy KRW-backed stablecoin issued by Shinhan Bank and send them to an account at the partner bank. The recipient will receive funds in stablecoin backed by the local currency that can then be exchanged for local fiat currency.

Under current financial systems, cross-border payment infrastructure is not up to the task as customers have to bear high fees and wait for days and weeks to complete the transaction. For cross-border transfers between countries that lack liquidity and a direct network, they also have to pay intermediaries fees on top of regular fees. Furthermore, users can not track their funds during the transaction.

The stablecoin system developed by these two banks will allow customers to send and receive funds in stablecoin backed by the local currency by leveraging Hadera’s DLT.

Shinhan Bank already has involvement in the blockchain and distributed ledger technology (DLT) space. In March, Shinhan completed a demonstration platform for central bank digital currencies (CBDCs). The bank is also a member of the Hedera Governing Council that includes Chainlink Labs, IBM, and Google.

Hedera describes itself as a “most used, sustainable, enterprise-grade public ledger for the decentralized economy.”

“International remittances were a massive market of $702 billion in 2020, with $539 billion going to low- and middle-income countries. There is a massive opportunity to cut out the middleman and make this process dramatically more efficient and cost-effective, getting the most money possible to people who often need it urgently. We commend Shinhan and their partner for developing this solution, and are proud that it takes advantage of the economic and speed benefits that only the Hedera network can provide.”

0
Ethereum's second-layers solution Polygon is on a partnership spree. The latest one to team up with the scaling protocol is the leading fiat-to-crypto and...
Read more
CryptoNews

DeFi Protocol Injective All Set To Be Integrated With Rai Stablecoin

0
Bitcoin's price has continued to gyrate below the psychological resistance level of $60K. This rendered swing trade probabilities unattractive. But 2021 is the...
Read more
Companies

Tether (USDT) Stablecoin is Coming on Kusama and Polkadot

0
Tether (USDT), the world’s largest stablecoin by market cap, is coming on the Kusama network, followed by a launch on the Polkadot blockchain. The exact schedule has not been finalized yet.
Read more
- Advertisment -
Posting....