Solana (SOL) ends the week with a gain of almost 25%

The recovery of Solana (SOL) after the collapse of FTX can only be considered impressive as it has been continuously rising. When talking about the surge in value, Solana (SOL) witnessed an increase of an impressive 76% the previous month, and 25% this week. The criptocurrency previously hit the $8.14 mark in December 2022. Since then, the coin has seen a great increase, mainly as the result of BONK’s introduction. BONK can be considered as the Solana chain’s sole memecoin competing with DOGE and SHIB.

The main question that arises, as a result, is whether the increase is short-lived or is it here to stay. 2022 was regarded to be a challenging year for Solana (SOL). The crypto saw a great drop in its value after a major backer went bankrupt. Despite such a massive setback, a ray of hope was seen with the introduction of BONK. The memecoin was launched in December 2022. Soon after its launch, the price of the coin soared by a whopping 34% only within the first 48 hours.

At the time of writing, Solana (SOL) is currently trading for nearly $21.10. Despite the coin being down by 0.52% as of today, it still managed to increase by 27.55% in the last 7 days. Similarly, Solana (SOL) has a total market cap of $7 billion. It is evident that the cryptocurrency is forming an inverted, bearish hammer after it suffered losses for 2 days straight. This ultimately suggests that the coin might still trade on the downside.

It is fairly evident that the token has been continuously consolidating around the $20 mark. Similarly, it has also been trading higher than its 20, 50, and 100-days EMA. This makes it clear that the short-to-long-term bias for Solana (SOL) is still bullish. When talking about the volume and the price of the coin, it is easy to deduce that trading activity is still on the lower side. Similarly, the breakdown is stripped of any possible support as well.

As of now, the price of Solana (SOL) is in a retracting phase. Investors and traders might display a sense of caution as the price is expected to go down in the next few days. However, this would only happen if the crypto market comes to a halt entirely. 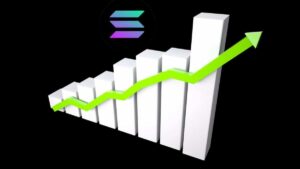 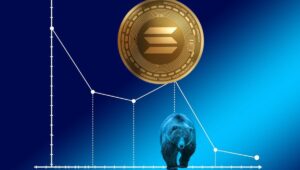