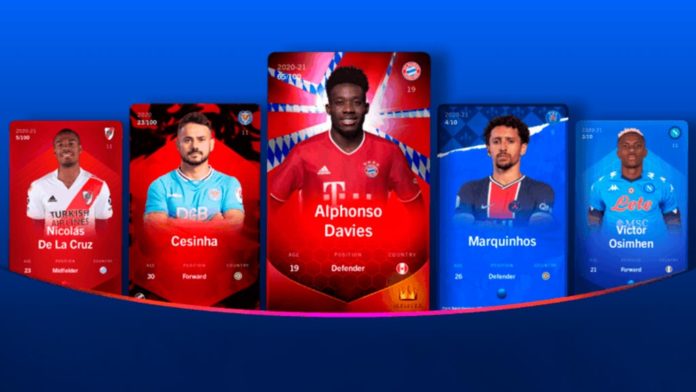 Soccer-Focused NFT platform Sorare is in the news as it has raised a record $680 million in its series B funding round led by SoftBank. This is the second-largest funding round in crypto after FTX exchange’s $900 million round.

According to a press release available to media, the $680 million round was led by tech and investment conglomerate SoftBank with participation from Atomico, Bessemer Ventures, D1 Capital, Eurazeo, IVP, Liontree, and existing investors Benchmark, Accel, and Headline. Football players Gerard Piqué, Antoine Griezmann, Rio Ferdinand and César Azpilicueta also participated in the round.

The rumors were circulating since May of this year that Sorare is in talks with SoftBank to raise capital. Now confirmed, this $680 million Series B round values the company at $4.3 billion and follows a $50 million Series A round that was announced back in February. According to the platform, this is Europe’s biggest Series B round and the second largest in crypto industry after FTX crypto exchange which raised $900 million in July of 2021.

The company is climbing the ladder in 2021 with over $150 million worth of cards traded on the platform since January. “The number of monthly active paying Sorare users grew by 34X between Q2 2020 and Q2 2021, with quarterly sales increasing by 51X over the same period,” reads the announcement. There are over 600,000 registered users on the platform.

With the new capital, the platform plans to expand into other sports, most likely women football, as well as a new office in United States. Paris is the current headquarter of the startup. Sorare said:

“The funding will be used to rapidly accelerate the company’s growth within football while also allowing Sorare to replicate its model in other sports, expand its world-class team by hiring across key roles, and launch ambitious marketing campaigns with partners, athletes, and media companies. Sorare also plans to open its first US office soon and to launch new initiatives to support sports activities for young people and fund other startups in the Sorare ecosystem.”

0
In a recent development, renowned supermodel, Bella Hadid has marked her entrance into the enthralling metaverse and industry of NFTs. She marked her beginning with...
Read more
Companies