Home CryptoNews Companies Sia Network Series A Fund Raising Round ends with it getting $3.5...
CryptoNewsCompaniesFeatured

Sia Network Series A Fund Raising Round ends with it getting $3.5 Million 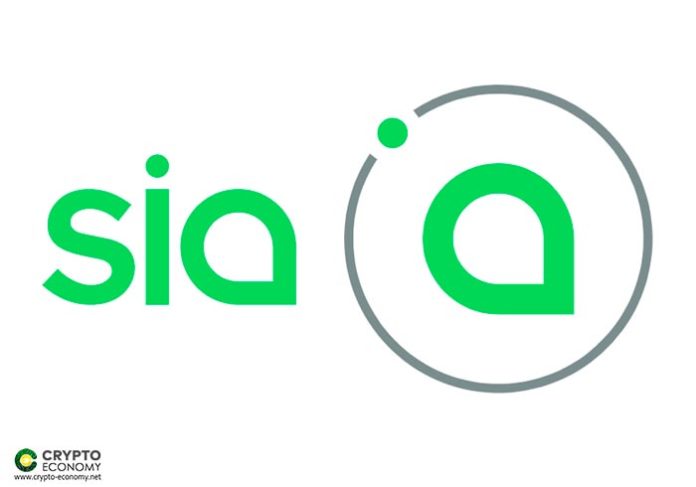 With its coffers full, Sia will now turn its efforts into expanding its network and push development further and also help increase adoption of Sia network. Moreover, part of the funds will go into hiring more staff and increase Sia’s workforce from 12 to 24. The additional team will help Sia focus more on the creation and unveiling of its media streaming services.

Apart from announcing from the above, Sia also informed its users of Version 1.4.1 release. V1.4.1 rolls out increased scalability feature, which means users can upload 20 TB per uploader. Similarly, because of seed based file recovery, users can now backup and restore their files on another computer by only using their 29-word seed.

Although Nebulous Inc. came out in 2014, it has taken the sector with a storm charging users only 1 dollar for storing one terabyte a month. Sia services are so cheap that they beat prices from Amazon S3. Besides that, Sia now boasts of being the only platform to provide decentralized apps with storage services without a glitch.

Furthermore, Sia network comes with more benefits to its users. At Sia, users are in total control of their data and are assured of their privacy.

On the other hand, Sia also boasts of its token model made possible because of Siacoin its native network token. Rather than being distributed, Siacoin is earned by users through mining. To enable users to mine the tokens, Obelisk Nebulous-owned hardware manufacturer made and sold 6,000 mining machines worth $15 million.

With funding already in order, Sia will now embark on making it’s yet to be unveiled streaming services rival those of sites such as Hulu and Netflix. Through its network, users can stream any materials with ease. Moreover, Sia is also working on making it easy to share the videos.