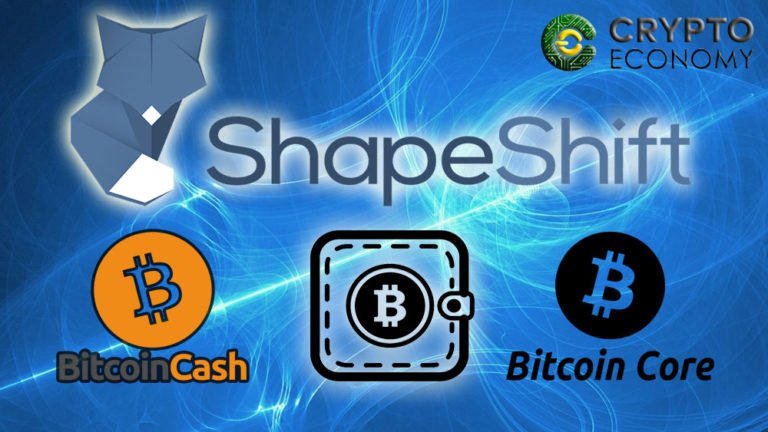 Bitcoin.com, the main source of everything related to Bitcoin, reported that it has integrated the ShapeShift API to allow its users to exchange Bitcoin Cash (BCH) and Bitcoin Core (BTC) directly through the platform’s interface .

Since the launch of the Bitcoin.com purse there have been more than 1.7 million downloads in operating systems, both desktop and mobile. It should be noted that Bitcoin Wallet is one of the seven compatible clients that work with the integration of Bitpay payment protocol invoices.

For his part, the CEO of Bitcoin.com, Roger Ver, said: “This partnership with ShapeShift makes it easy for anyone to convert their Bitcoin Core to Bitcoin Cash, or the reverse” He also stressed that this is also an important milestone for Bitcoin Wallet, and brings them one step closer to their goal of offering a complete platform of Bitcoin tools and services.

Similarly Erik Voorhees, CEO and founder of the Swiss currency exchanger ShapeShift, added that Bitcoin.com has been working hard to become a comprehensive resource for the Bitcoin and Blockchain communities. He also described as a success the fact that they could change both currencies from the comfort of their wallet, so they are pleased to offer the necessary services to make this possible.

However, the platform was forced to apologize because there was an error in the announcement made through the social networks of ShapeShift. This occurred when it was reported about the association with Bitcoin.com, as they referred to Bitcoin as Bitcoin Core. So, Voorhees had tweeted that the Bitcoin Core option was a mistake and community remained skeptical.

Meanwhile, in a publication ShapeShift said he was excited to partner with Bitcoin.com. In this regard, he pointed out that this function allows users in just a few minutes to change their currencies easily and simply. For this you only have to have an amount of BCH or BTC in your wallet and toggle the change function in the services section, where you will find the ShapeShift logo.

NEO the other bet of ShapeShift

ShapeShift has recently become the most popular cryptocurrency conversion service in the world. As a result, he has been adding some cryptocurrencies to his services.

ShapeShift recently revealed that NEO has joined this platform, and now users can buy and sell NEO with more than 60 digital currencies, including Bitcoin, Ether, Dash, XRP, Bitcoin Cash and others. However, this does not require a registration process or an account to use ShapeShift.

Consequently, Erik Voorhees stated that the NEO token is an important sum to this platform. At the same time he indicated that this currency has become a leader of the blockchain community in China and a leading protagonist in smart economy. The inclusion of NEO expands the ability of users to interact seamlessly with many of the leading cryptoactives.