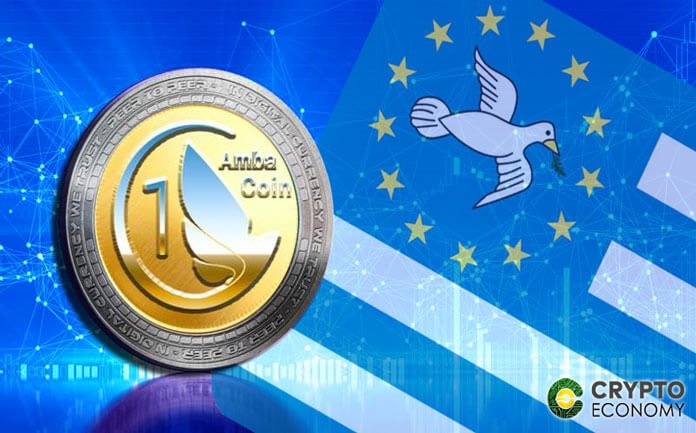 Cameroon’s increasingly bold and determined separatists fighting for the independence of the state of Ambazonia are selling their own cryptocurrency, the AmbaCoin, with an aim to provide humanitarian relief to those affected by the conflict in the Anglophone regions. They hope to raise up to 250 million US dollars.

According to Frank Enoanyi Abange, the director of the AmbaCoin project, ‘“The idea of AmbaCoin was to get away from the CFA – we don’t see the CFA franc as a legitimate currency for Ambazonia.” Over 30,000 AmbaCoins have been issued since the year begun.

Ambazonia is a self-declared state that consists of the Anglophone portions of Cameroon.

AmbaCoin is not just a cryptocurrency but also a decentralized public blockchain for the people of Ambazonia. The coin is an ERC 20 token and was just recently launched by the Cameroon separatists.

ECR 20 is a protocol that explains some of the rules used for issuing tokens on the Ethereum network. If users include certain functions in the token’s smart contract, they automatically become ERC 20 compliant.

The AmbaCoin can therefore be traded just like other cryptocurrencies only that it relies on the Ethereum blockchain since it does not have its own dedicated blockchain. Allegedly, the coin was designed by a team of unknown Anglophone separatist technocrats, developers and scholars and has acquired the support of the frontline separatist and secessionist movements.

The coins are stored in an Ethereum digital wallet and can be purchased through a dashboard on the platforms website. Users of the AmbaCoin can as well use other crypto coins such as Litecoin or Bitcoin to make transactions. Traditional currencies such as Euros, dollars, CFA Francs and rand can also be used. There are several other crypto wallets that support the AmbaCoin.

The Central Africa CFA Franc is the currency of six independent states in central Africa, Cameroon being one of them. CFA stands for Financial Cooperation in Central Africa. It is issued by the Bank of Central African States which is backed by the French Government’s treasury. The currency is pegged to the Euro.