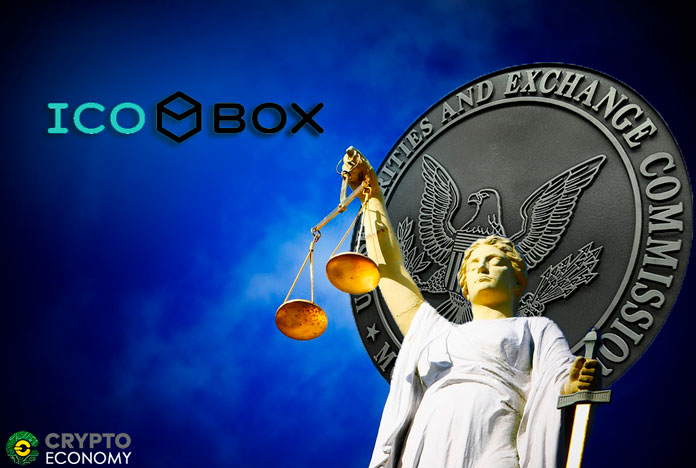 The United States Securities and Exchange Commission has as of today charged Nikolay Evdokimov the founder behind ICOBox for an illegal securities offering held way back in 2017. Per the ligation documents, SEC claims ICOBox held an unregistered securities offerings and as such broke the laws in place.

Besides the above, SEC also claims ICOBox presented itself as a broker and hosted Initial Coin Offerings on behalf of its clients. However, per SEC’s records, ICOBox isn’t authorized to act as a broker. Per contents of the press release, investigation indicates while working as a broker, ICOBox enabled several of its clients to raise $650 million.

On the other hand, during its 2017 ICO, ICOBox managed to lure in 2,000 crypto investors and ended up raising $14.6 million. However, to make their deal hard to pass, ICOBox went ahead to promise investors that the value of the ICOS tokens would increase once the tokens hit the trading platform.

Furthermore, Nikolay Evdokimov sweetened the deal by convincing his investors that once trading commences, they would be able to swap the tokens for other assets on the platform for a profit. ICOBox promised investors that its platform would have other high valued assets, which will enable them to sell their ICOS tokens for a premium. However, through SEC’s investigations, ICOS tokens are worthless.

In its legal mandate to protect consumers, SEC went ahead to charge Evdokimov alongside ICOBox for civil money penalties, and disgorgement with prejudgment. SEC is also after injunctive relief. Commenting on the case charges, Los Angeles Regional Office Director Michele Wein Layne said;

As the founder and director of ICOBox, Evdokimov didn’t follow any laws in place and register his firm. As such, he exposed investors into buying worthless assets without furnishing them with the right information for making investments in such assets.

Ms. Layne spoke on behalf of the investigation team, which was drawn from the Los Angeles Regional Office. Although Evdokimov did not put into consideration any of the laws in place, for some, these laws have proofed to be beneficial, leading to the firms rising funds in the right way. A case in point is that of Blockstack PBC, which followed the due process. It got its Regulation A+ permits and went ahead to hold its public token offering.