Samourai Bitcoin Wallet, security and privacy in the streets 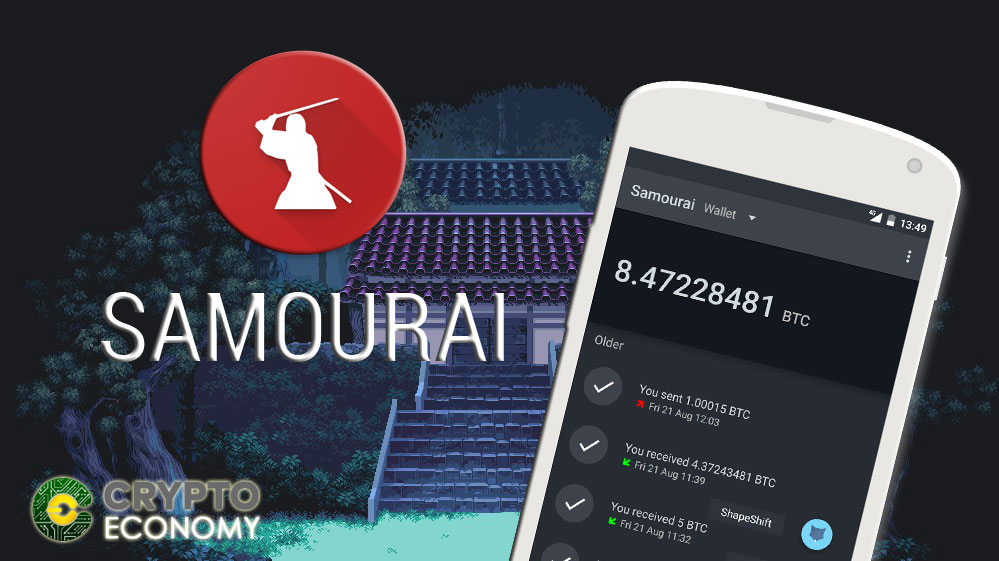 To be able to talk about massive access to cryptocurrencies, it is necessary that people have easy access to wallets that are easy to use and that are as intuitive as possible. Although the adoption of cryptocurrencies by many is growing day by day, there is still a long way to go, but that path can be made more friendly and favor more cryptographers if we have adequate software available to our mobile devices. This is the case of Samourai Bitcoin Wallet, a wallet that as its name suggests, is bitcoin and has been working very well in the Android environment, and about which we will talk here.

Samourai is a wallet for Android operating system that stands out for its differentiating features compared to other wallets, especially in regard to security, privacy and efficiency of its operation. Recently it has been incorporating a series of improvements and updates to enhance the user experience.

With a friendly interface and easy to use, Samourai has several notable features among which we can begin to mention the AES-256 encryption and a safe PIN login for users. The integrity and security of its users is a priority, which is why they have incorporated support for TOR and VPN, which allows users to carry out their transactions through an anonymous IP address. On the other hand users can now see the status in real time of their transactions, thanks to a recently implemented improvement.

In terms of security, in addition to the TOR and VPN networks, Samourai has begun to implement two important technologies:

Other characteristics of Samourai that we can mention refer to the administration of assets in the wallet:

Samourai is in its updated version 0.98.75 and will continue to grow in acceptance of Android users who rely on this bitcoin wallet.