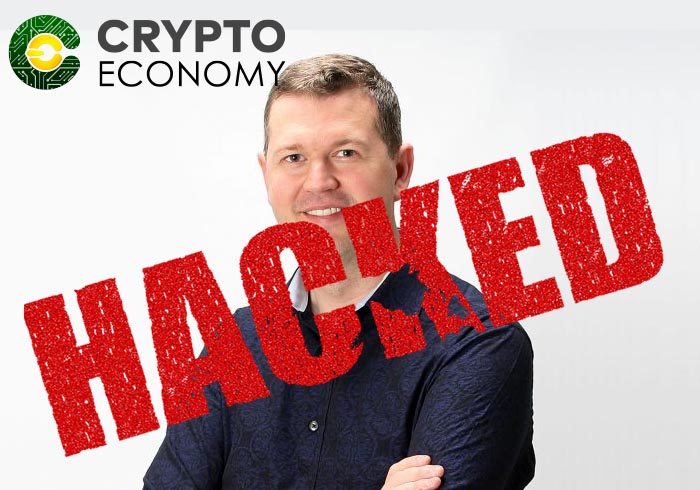 Last Wednesday on May 9, the CEO of Dash Core Group, Ryan Taylor suffered a hack in his Twitter accounts, Linkedin and in the SIM of his mobile. The hacker used Ryan’s social networks to post racist and distasteful messages as well as messages against Justin Sun, CEO of Tron.

The CEO of Dash Core Group sent this message to alert his followers:

“It has come to my attention that I have been the target of cybercriminals at sometime this afternoon (Wednesday, 5/9). At the moment, my Twitter account, LinkedIn account, and personal cell phone SIM card have been compromised. However, we’re still evaluating the extent of the attack, as additional channels could be compromised. I will continue to share details as they are surfaced.”

The hacker opened a thread in the 4chan forum where he showed other users that he had control of Ryan’s accounts and the thread participants did not hesitate to comment providing “ideas” for misusing the account:

“NOOOO!!!! You should have posted a believable FUD about dash being bankrupt or closing down and we could have bought the dip!!!”

His Linkedin’s profile seems to continue to have problems since it currently indicates that it is not a public profile or that it has been deleted.

Some Hacks related to cryptocurrencies:

Coincheck: The Exchange was hacked and they stole 500 Million tokens in Nem.

Youbit: The South Korean exchange was forced to close after 2 Hacks in less than a year.

Mt.Gox: One of the biggest robberies where 750,000 of bitcoin were stolen.

Bitfinex: Around 150 thousand bitcoin were stolen.

Ian Balina – Ian is an investor and youtuber who, during a live show on his channel, was hacked and got cryptocurrencies stolen with a value of more than 2 million dollars.

Telegram, Tesla and Amazon – These giants have also been hacked for the mining of illegal cryptocurriencies.