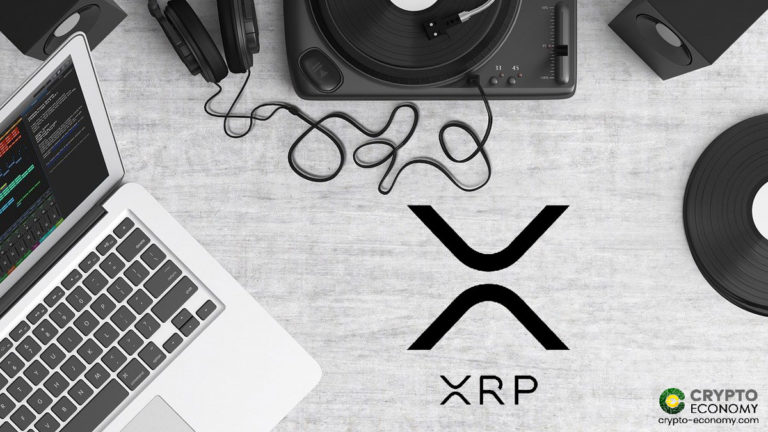 As reported by Crypto Economy, Ripple director of products Craig Dewitt has long been working on a personal project for artists on XRP Ledger and that project called xSongs Store has gone live in beta.

Use xSongs to buy music directly from artists all around the world with XRP.

DM me your feedback to help make this direct to artist platform even better.”

Now the platform has gone live in beta, users can buy songs form xSongs Store by spending XRP. Dewitt’s mission is to connect digital content creators, such as musicians, directly with consumers to help cut different costs which they have to pay on other platform. Artists and musician can upload and sell their music directly through this platform without the need of any middleman and thus, earning 100 percent revenue of their work.

When an artist uploads its content to this blockchain-based music platform platform, xSongs runs a series of checks, including copyrights. After running necessary checks, the content becomes ready for sale.

To further facilitate the purchase on xSongs Store, Dewitt has also developed a non-custodial crypto wallet on the top of XRP Ledger called Payburner. Buyers can either via the Payburner wallet or any other wallet.

Talking to a crypto news outlet, he said that he got the inspiration for a music platform from Bandcamp, an online music company that allows artists to share and earn money from their music. Bandcamp charges 21% of total revenue earned from songs, but xSongs Store is a direct to artist model which means that platform fees and processing fees will always be 0%.

“I hadn’t seen it since I uploaded the first song back with the free accounts you gave out. Love the growth it’s crazy. Keep up the great work.”

The platform currently supports mp3 music but when a Twitter user asked about music videos, Dewitt said that anything digital such as e-books, art, videos, and photos are on the radar of this platform. Looking ahead, he hopes to have at least 1,000 artists on the platform and 10,000 music sales by the second half of 2020.