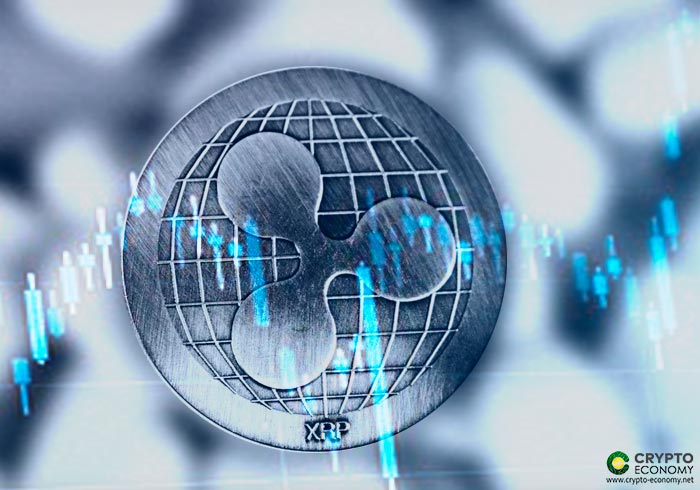 Dominating headlines are talk of Ripple, xRapid and the quest to get RippleNet connected banks to upgrade. Overly, what RippleNet represents is interconnection, mutually benefitting, transparency and blockchain based platform from where users can draw maximum benefits.

Although there is progress in that many banks especially in the Middle East-thanks to Kingdom of Saudi Arabia’s effort in promoting xCurrent-and South East Asia, the conversion to xRapid is a challenge. Like in previous mentions, xRapid is one of the three main options forwarded by Ripple.

However, unlike xCurrent and xVia, the solution leverage on XRP as a on-demand liquidity tool. Because of this use, banks can use the tech for their cross-border needs while saving costs for both entities. The option is cheaper, faster and transparent meaning users can track the movement of these coins.

It is yet to be made official but Binance is dallying with xRapid with the option of a partnership right on the table. As a matter of fact, weeks after making XRP base in his exchange, Changpeng Zhao mentioned the possibility of Binance incorporating the option:

“We’re focused on launching more features right now, so we are working with a number of other partners. With xRapid, there’s nothing going on right now, but in the future, we’ll definitely want to add them as a partner.” 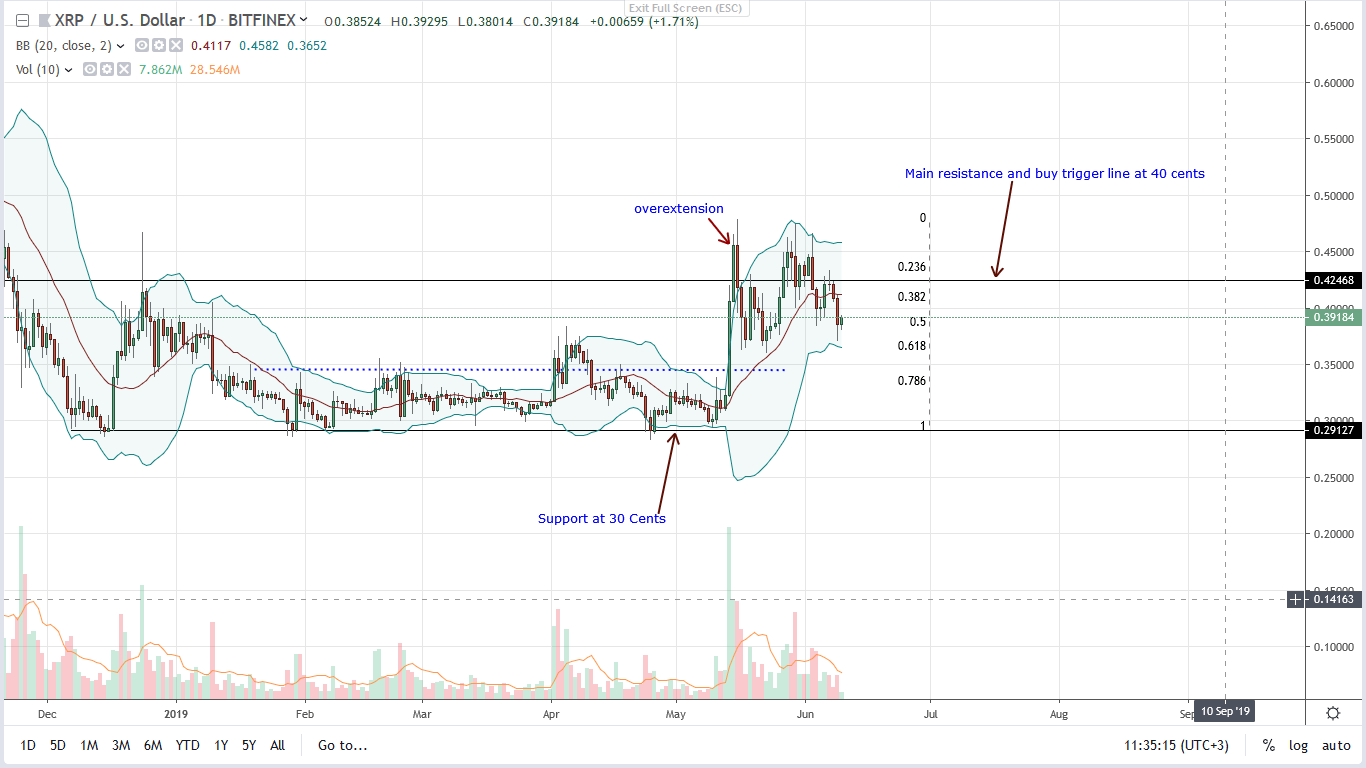 Presently, XRP is changing hands at 39 cents but down 4.3 percent and 11.9 percent in the last day and week. All the same, and despite the liquidation, buyers are technically in control even as bears force a sell back to range.

Note that for the better part of the year, XRP has been trading within a 10 cents range with limits at 30 cents and 40 cents. It wasn’t until that strong breakout in mid-May that XRP prices exploded above 40-43 cents zone.

Ideally, this correction could as well be a retest. However, that depends on the strength of market participation and whether 34 cents, previous resistance now support will hold. If there is resistance for lower lows at that level, then risk-off, aggressive type of trader can buy the dips with targets at 40 cents and later 50 cents in a trend resumption phase.

Meanwhile, conservative traders should wait until there is momentum off the 61.8 percent Fibonacci retracement level of May trade range forcing prices to rally past 50 cents. From there, traders can tune entries in lower time frames and as mentioned in previous XRP/USD trade plans, bulls will fix their targets at 60 cents and Sep 2018 high of 80 cents.

0
Binance Coin (BNB) is now the third cryptocurrency with a market cap of $81.8M after the 17th quarterly burn. The coin is now atop...
Read more
- Advertisment -