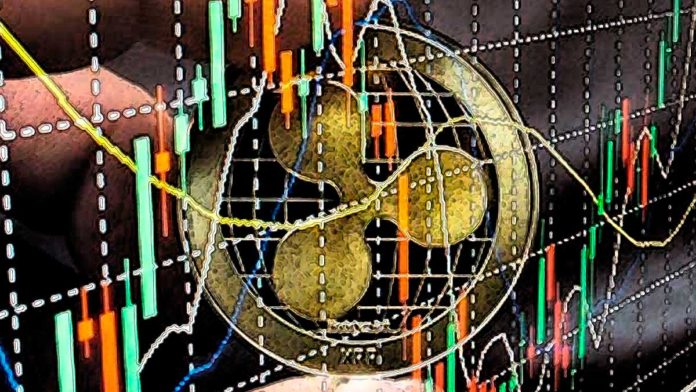 Ripple Inc. may be changing their strategy, turning away would-be buyers of XRP and urging them to buy from the retail spot market as they focus more on building strategic relationships in their area of focus: the emerging markets of Middle East, Africa and Europe, and the SE Asia.

In the former, Ripple Inc. has a presence in the Kingdom of Saudi Arabia where it has a fruitful relationship with the country’s central bank.

Presence in MEAE and SE Asia

Through that deal, several leading banks in the Kingdom has adopted RippleNet.

Although none use XRP as part of the exciting OnDemandLiquidity (ODL) package on offer, their consideration is a big plus for San Francisco-based company.

For all the benefits ODL offer clients, perhaps a stand out is not only the speed of transaction settlement but cost savings involved.

Financial institutions save money while simultaneously freeing funds that are required in the Nostro—Vostro, pre-funded accounts arrangement used in traditional setups.

Because of their innovativeness, Ripple has been lauded by the Bank of America (BOA), one of the largest banks in the USA.

Last week, Ripple and XRP were mentioned in an official US Consumer Financial Protection Bureau (CFPB) document. An extract from the document read:

“the continued growth and expanding partnerships of virtual currency companies, such as Ripple, which offer both a payments messaging platform to support cross-border money transfers as well as a proprietary virtual currency, XRP, which can be used to effect settlement of those transfers.”

While the former Head of Marketing Cory Johnson said they had access to the White House and regularly communicate with officials in President Trump’s administration, citation is massive for a project that is currently bogged down by pending lawsuits. 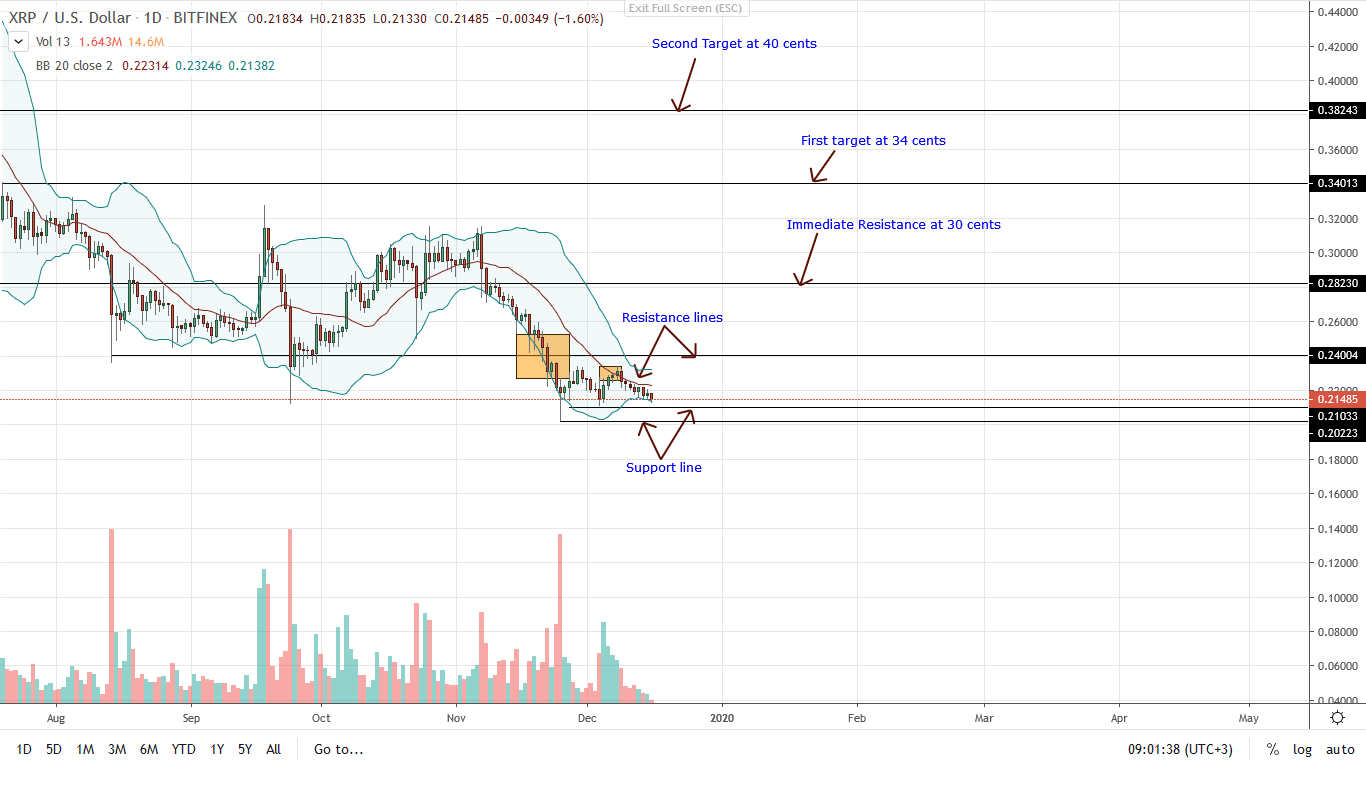 Despite the direct boost, XRP prices remain suppressed and in a firm downtrend. As bears press lower, optimistic traders are positive that prices will rebound, print higher in coming days.

However, while that may happen, what must happen in the short to the medium term is a strong recovery that will see XRP prices soar past 23-25 cents resistance line complete with high trading volumes preferably exceeding 79 million of Nov 22.

Note that sellers are in command because of the failure of buyers to push above the 20-day MA and the resistance zone in a breakout above the last three weeks of consolidation within a 2 cents range. On the flip side, further losses below 20 cents, or more importantly Nov 22 low, may trigger a sharp price dump that will see XRP sink towards 15 cents and worse, 10 cents.