Ripple [XRP] Price Analysis: Ripple (XRP) Bottoming Up, Prices Above the 20-day MA for the First Time in 1 Month 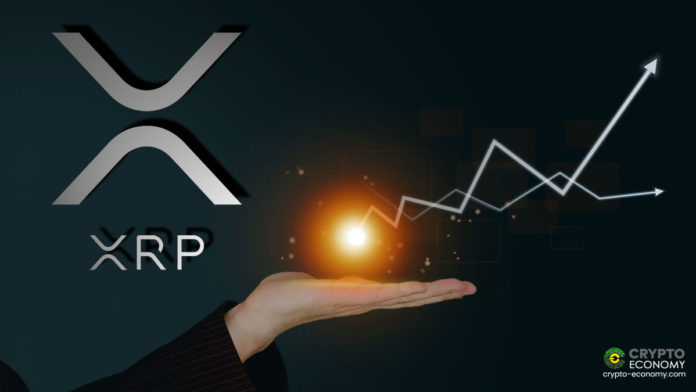 Ripple has ambitious plans of changing the world and most importantly, easing remittance by dropping the cost of transactions. Yet behind their goal, some coin holders are suing Brad Garlinghouse and Ripple Inc., the now independent company behind RippleNet, for allegedly selling unregistered securities at the height of the last 2017 Bull Run.

For the depressing bear run of 2018, of which many token and coin holders lost a fortune, three different individuals have filed a lawsuit seeking recompense and requesting for the SEC to classify XRP as a security that must be subject to regulation.

The matter is still at court, costing Ripple reputation but time and resources as they try to convince the courts that the project, just like Bitcoin and Ethereum, is completely decentralized.

Now, in a last ditch effort to quell this matter, Ripple Inc. says plaintiffs statements contradict what they had initially claimed as the latest court filings from the U.S. District Court for the Northern District of California reveal.

This new development could be a boost and increase the chances of the Federal court dismissing the case.

The Role of XRP

“On the enterprise side, we built this payment network called RippleNet using XRP to settle where that makes sense. The problem that solves is having to preposition money where you need to make payments. So, for example, without some sort of a cryptocurrency solution, to make a payment to the Philippines you’d have to have Philippine pesos sitting in the Philippines.” 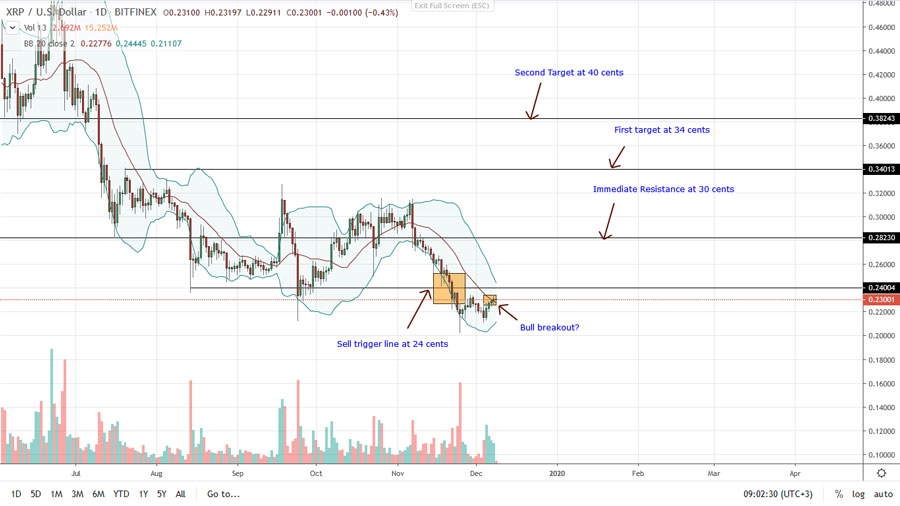 Week-to-date, XRP bulls may be back to the fold after a slow year. Recovering, XRP is up 2.8% in the last week and poised for more if candlestick arrangements offer guidance. From the chart, there is a double back bullish reversal pattern as XRP price print higher, away from the lower Bollinger Band.

Accompanying this is an uptick of trading volumes and a follow through on Nov 25 resistance of lower lows. Combined, and the fact that prices are also trading above the 20-day moving average after a month of strong down trend, indications are prices may be bottoming out.

If trade positions are to be opened, aggressive XRP bulls can buy the dips with the first target at 25 cents. A strong break above resistance at 24-25 cents at the back of strong trading volumes could see prices rally to 30 cents as XRP bottoms up.

0
Ethereum.org has declared that the terms ETH 1.0 and ETH 2.0 will no longer be used in their documentation and platforms. This choice was...
Read more
Price Analysis