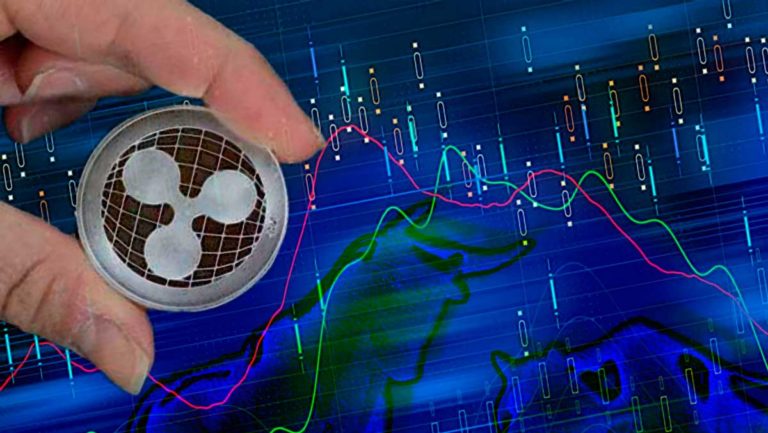 For investors and traders, perhaps the most outstanding—and a nagging, concern is XRP price performance relative to say Bitcoin [BTC] and other leading crypto assets. XRP, a Messari report reveals, was the worst performer in Q1 2020.

Then, when BTC and ETH were throbbing higher, reinforcing confidence, and spurring investment from new users as data reveals, XRP was near stagnant and failing to cross above the 30 cents resistance level.

It is partly because of this flat-lining and the absence of commensurate price movement relative to Ripple claims of adoption that has led one staunch supporter to liquidate all of XRP holdings.

Expressing his disappointments at the Ripple sub-Reddit and immediately triggering discourse, the investors said he bought his coins back in 2017 and had no intention of selling his coins until he had enough of XRP lack of volatility despite Brad Garlinghouse’s, the CEO of Ripple, promising bank utilization of the On-Demand Liquidity.

“Garlinghouse and Schwartz mentioned dozens of banks would be using XRP, Ripple would be working with major household names, but two years have passed and very little has been made public… Perhaps the developments continue to happen behind the screens, but so far the use case/ODL have not had any positive impact on price.”

The option, which is one of the three main solution offered by the remittance platform through the RippleNet suite, has failed to picked up partly thanks to bank’s reluctance to shift away from a time-tested base layer in SWIFT and the regulator’s lack of clarity on whether XRP is a utility or a security.

There is a class-action suit pending on this matter and depending on the court’s interpretation, XRP may either stand tall and rally or crumble as investors pull their money from the third largest coin by market capitalization. 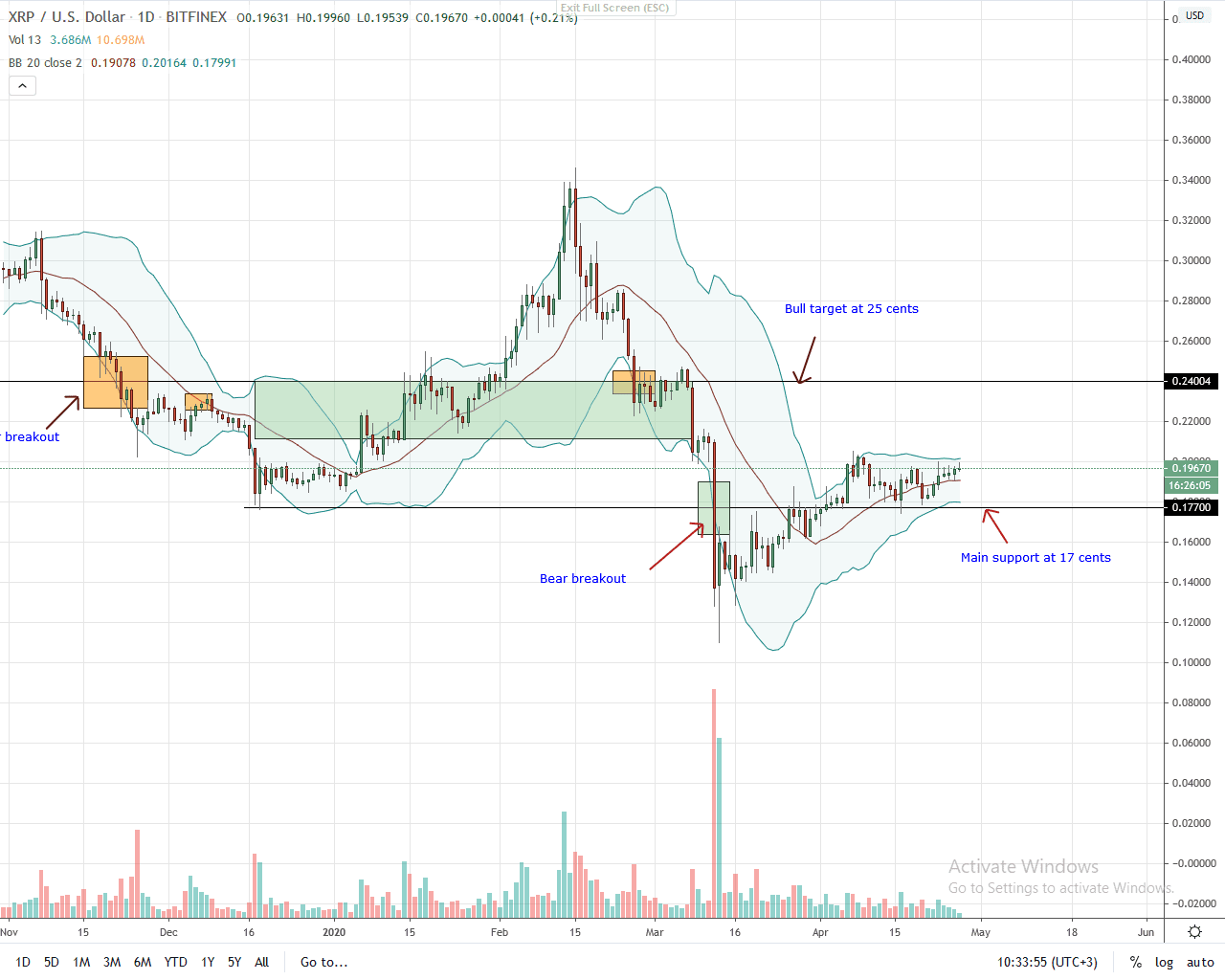 At the time of press, XRP price is stable in the last trading day and week. Changing hands at 19 cents, prices are oscillating within a descending channel if analyzed from the weekly chart in a top-down approach.

However, in the immediate to medium term, the trend is bullish. Supporting this argument is increasing trading volumes over the last trading week and the consolidation as bulls absorb sell pressure. Note that prices are solid above the 17 cents support line.

As long as prices are trending above this mark and the double bar bullish reversal pattern of April 14 and 15 hold, the least path of resistance will be up.

Therefore, for risk-averse traders, there is opportunity for entering long if prices close above April 8 high of around 21 cents. This will pave way for the ideal target of 25 cents.

On the flip side, losses with high trading volumes below 17 cents could see prices crater to 16 cents and later 10 cents.